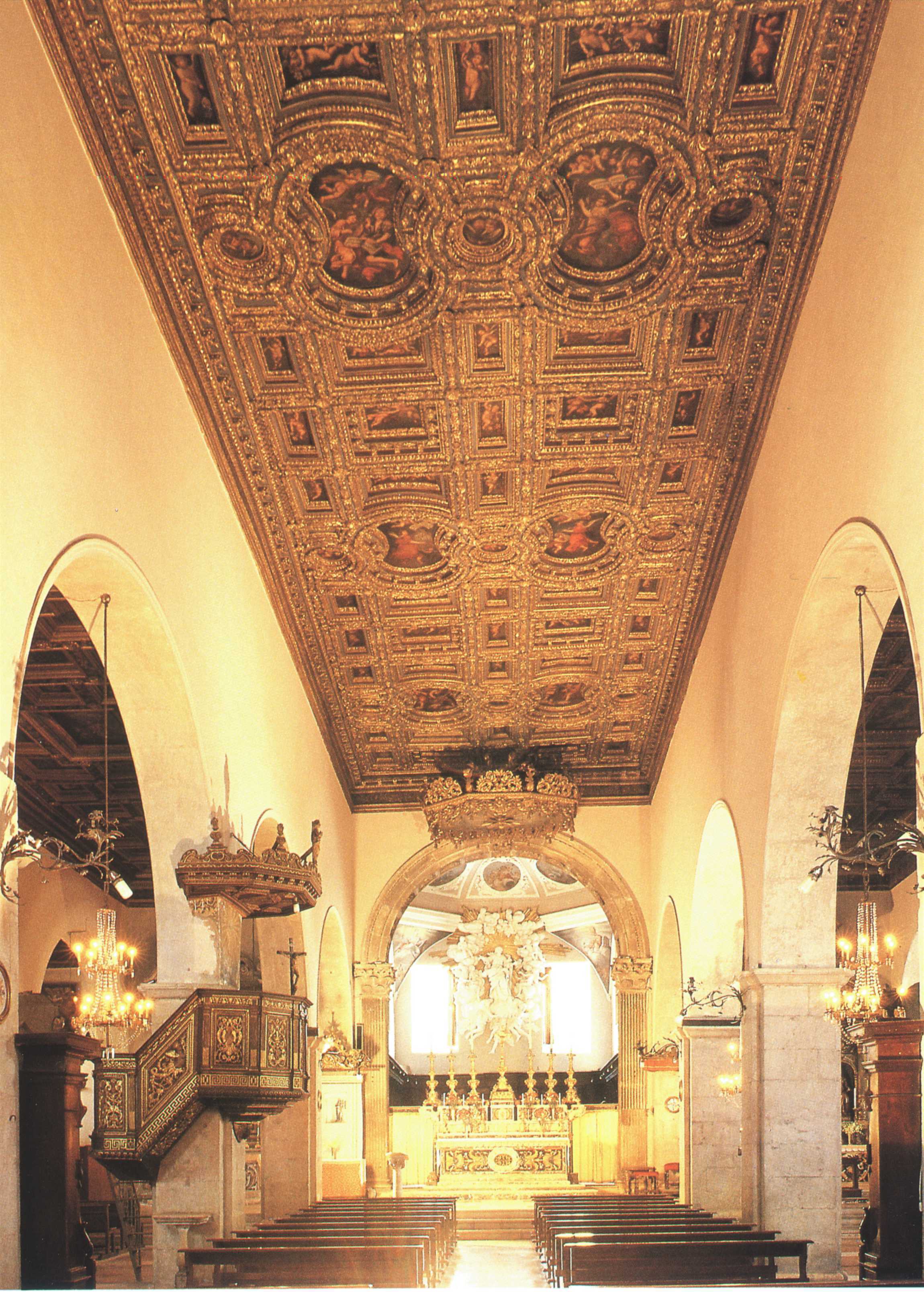 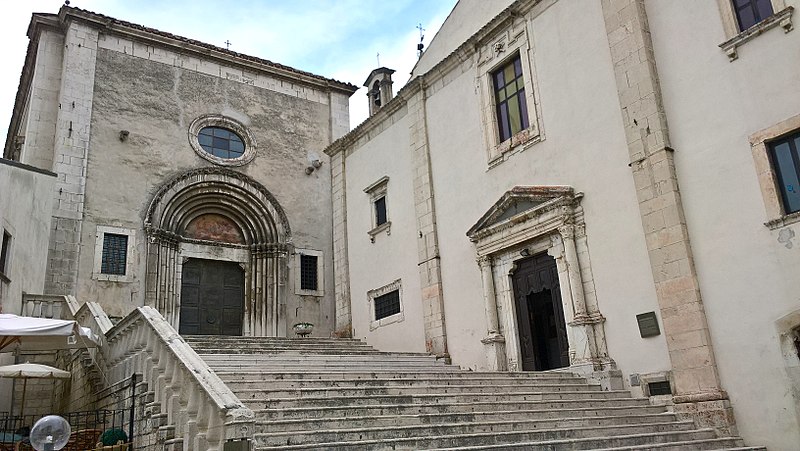 The collegiate church of Santa Maria del Colle (on the hill), whose main faade overlooks the valley lying below, towers over the town of Pescocostanzo.

Its foundation dates back to the Middle Ages, but its structure was adjusted and altered in the course of the XVI and XVII century.
Its plan is divided in a nave and four aisles by round arches surmounted by high wooden ceilings. It is one of the rare examples of churches with more than three naves in the Abruzzi. The church extends in width, so as to alter the proportion between length and width. Such disproportion is due to the slope over which the church rises. For the same reason it was necessary to open a lateral entrance door on the side where it was possible to build a staircase.
This entrance door, at the top of the stairs, has a magnificent late-Romanic splayed portal, surmounted by a rose-window; the main faade, in sixteenth-century style, opens on to a terrace.
Inside the church exhibits works by the most renowned local wood-carvers, engravers and stucco-workers, among which there are the Chapel of Holy Sacrament, with a Baroque baptismal font and a wrought iron gate, and the stuccoes by Giambattista Gianni.
The collegiate is also the seat of the Museum of the Basilica, which contains gold ware, statues and sacred arrays from the church.