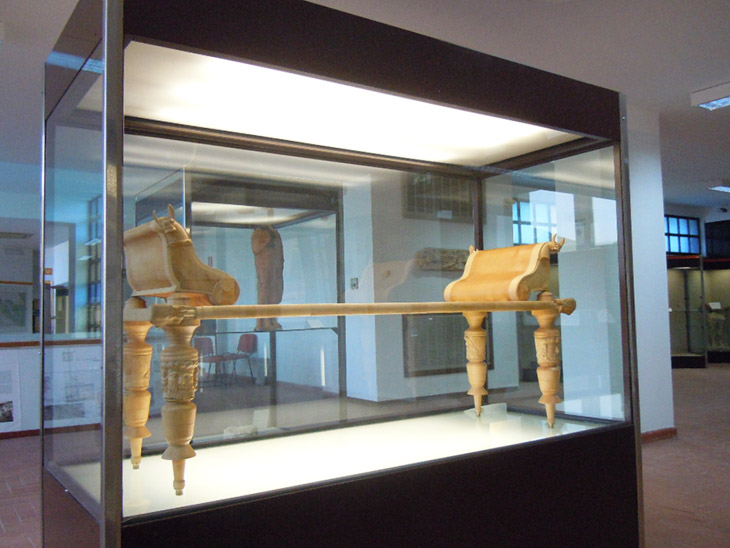 The Archaeological Civic Museum of Collelongo, housed since 1985 in Palazzo Botticelli, preserves and exhibits numerous precious finds dating from the sixth century BC to the first century AD found in the Italic-Roman settlement of the nearby valley of Amplero, which consists of an acropolis, a village and two necropolises. In addition to the funerary objects, there are many tombstones and stelae, but above all a valuable reproduction in pear wood of the beautiful bed in bone dating back to the first century BC, currently kept in the Archaeological Museum of Chieti. The Museum also offers visitors a multimedia system for an exhaustive picture of information not only on the exhibits on display, but also on the sites of discovery and on the population of the Marsican territory in ancient times.