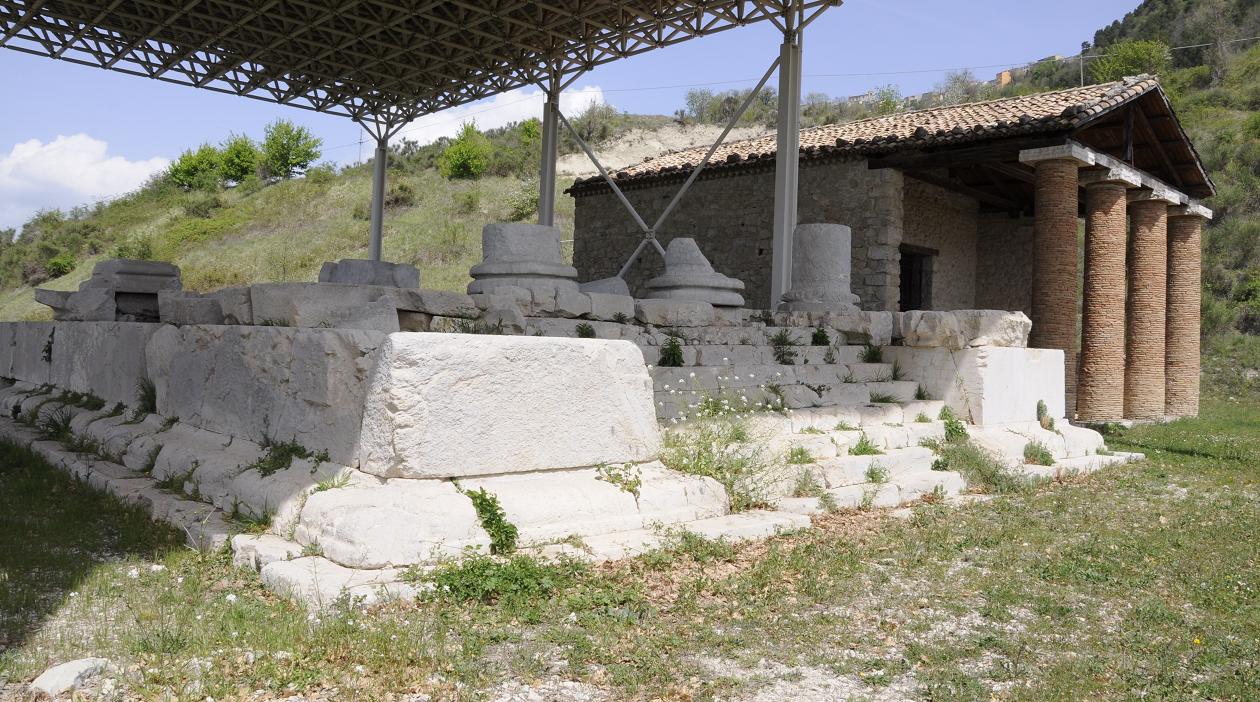 The Archaeological Museum of Schiavi di Abruzzo is dedicated to one of the most important and best preserved sacred areas of worship used by the Samnites Pentri, the Italic population who built the temples from the second century BC. Hosted in the old town centre, the Museum introduces the visitor to an obligatory ring-route that explores two main themes: the Sacred Area, with an analysis of the architectural solutions adopted in the two temples and the rituals connected to them; the burials and funerary rites, with rich objects of the first imperial age from the burials for inhumation and incineration found in the nearby necropolis. The exhibition space has been created with a didactic-communicative purpose using various forms of language, which play with colours, sounds, light and images. There is ample space for three-dimensional installations aimed at "explaining" directly to the visitor some of the most important themes among those dealt with in the exhibition.