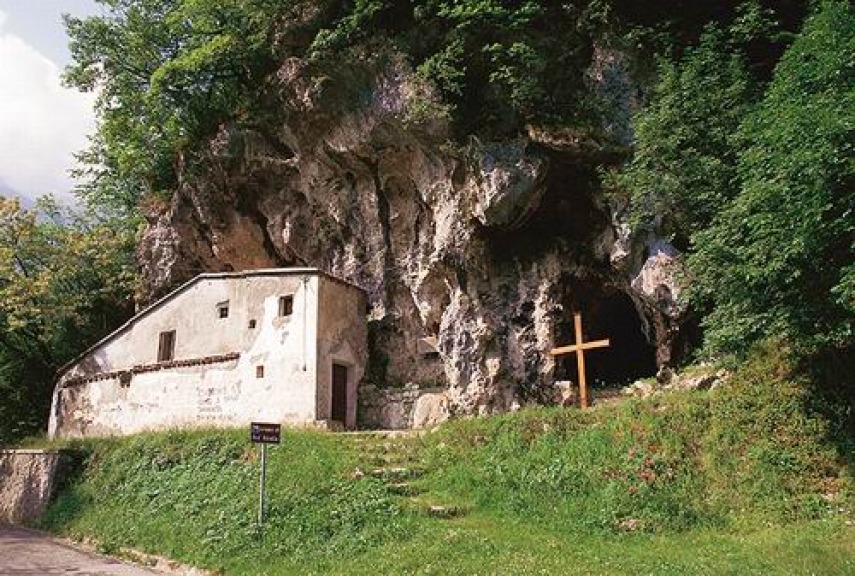 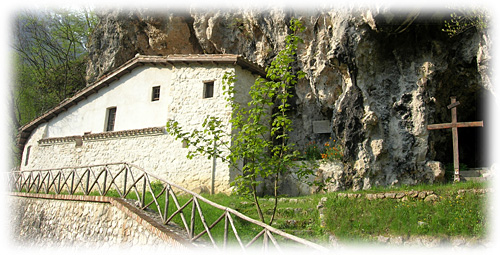 Also known as the Hermitage of Fra' Nicola, it has a modest appearance and does not show the sacred character of the construction. The tiny little church, built by the last Hermit of Gran Sasso, which spent its days there in meditation, is almost set in the rock, leaning against a wall that rises just over the hamlet of Pretara, along the Ruzzo stream.

A simple staircase leads to the entrance, in front of which there is a cross. Immediately to the right of the entrance there are two small compartments, in communication with the presbytery area. A staircase leads upstairs from one of these rooms. The church has on the main altar a painting depicting St. Francis of Paola, to whom Fra' Nicola was deeply devoted. In the chapel on the right, behind the altar, there is a large room in which you can see the structure and scenes of the nativity scene built by the friar. In 1986, on the occasion of his death, the municipality of Isola del Gran Sasso placed a plaque on the rocky wall near the entrance in memory of the last hermit of Gran Sasso.