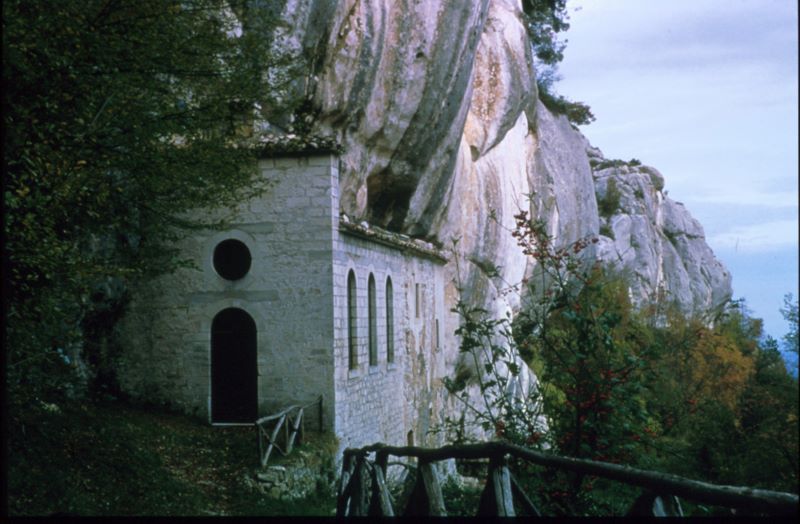 The hermitage of Sant'Onofrio is located a few km from the centre of Serramonacesca, in the Majella National Park, at about 725 meters above sea level. The small complex, Romanesque in style, was built by the Benedictine monks under a large rocky rock, probably as a place of spiritual retreat for the monks of the nearby Abbey of San Liberatore a Majella.

In 1948, the old building underwent considerable modifications, which extended it both in width and height. Today its structure consists of two floors. On the upper level there is the charming little church. Above the altar there is a niche with the statue of Sant' Onofrio, covered only with beard and long white hair. Behind the altar you enter, through two small gates, the oldest part of the hermitage, a cave with some tunnels not completely explored containing even remains of burials. In one corner of the cave there is a bed, called Culla di Sant' Onofrio, where even today the faithful lie down to heal from belly pain or persistent febrile states.