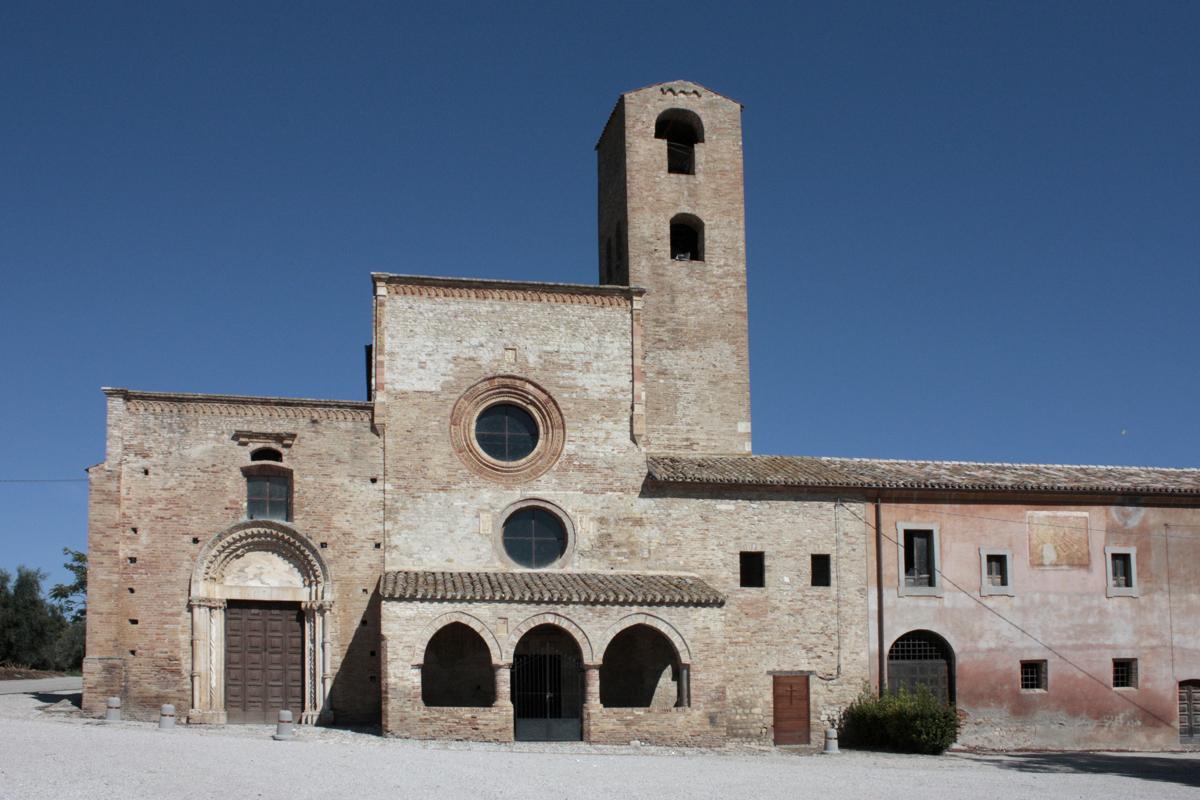 The foundation of the Benedictine monastery of Santa Maria ad Praetutiarum (later Propezzano), under the jurisdiction of San Salvatore Abbey in Rieti, is related to an apparition of the Holy Mary, occurred in 715, in that place. Today the aspect of the building is approximately the same that it was in the thirteenth century, with the addition of the fifteenth-century belfry. The faade of the church is divided in two parts of different height, both with horizontal coping adorned with brick arches. The left side has a magnificent stone portal with friezes and columns, called "the Holy Portal", dated to the early fourteenth-century and carved by crafters from Atri. Before the right side, the higher, there is a brick porch of ogival arches; surface of the faade has two round windows, one of which surrounded by a terracotta ring. The inside consists of a nave and two aisles with apses divided by pillars and round arcades. One of them is decorated with a cycle of frescoes representing the miraculous apparition.