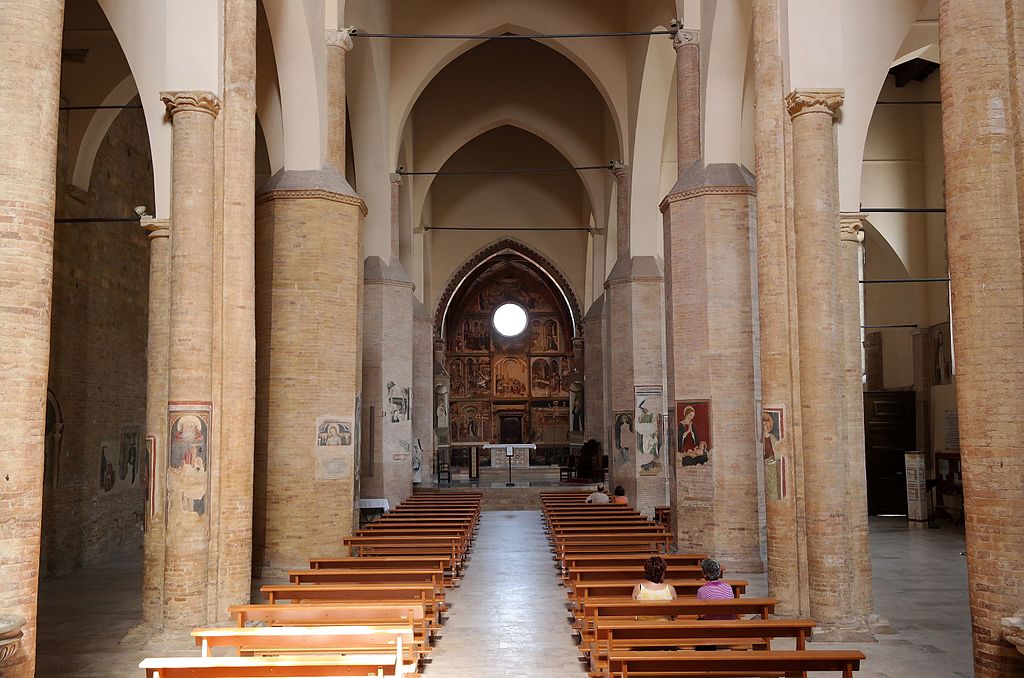 Atri, the ancient Hatria Picena, is located on a clayey hill at 442 m. above sea level in the province of Teramo. Many historians claim that Atri took its name from Adranus to whom the Apennine wolf was sacred. In the pre-Roman period it was the capital of the South of Piceno and in 290 B.C. it became the Municipuim Foederatum of Rome, when this decadence Atri had a dark period under the domination of the dukes of Spoleto, of the Franks and of the Count of Loretello. During the war between the papacy and the empire he took part for the Pope and in 1251 Innocent IV restored the communal autonomy and elevated it to diocese. From 1315 there was an uncertain period between Swabians and Angevins, until in 1393 Antonio D'Acquaviva, Count of S. Flaviano, bought it for 35000 ducats from the king of Naples. The period of the Dukes of Acquaviva lasted until 1760, then, from 1670 to 1860 Atri returned to the direct dependence of the King of the Two Sicilies and then passed to the united Italy. Atri has numerous monuments that attest to its history over the centuries. The Cathedral of S.Maria Assunta, dating back to the end of the 12th century, is one of the most famous monuments in Abruzzo and hosts a cycle of frescoes painted from 1450 onwards. The adjoining museum preserves precious relics and splendid is also the Cloister of the thirteenth century. The church of Santa Reparata, joined to the southern side of the Cathedral, is rich in baroque evidence. The other churches are: St. Augustine, St. Andrew, St. John the Baptist, St. Francis, St. Nicholas, St. Clare and the Holy Spirit. Also worth seeing is the Palazzo Ducale degli Acquaviva, now the town hall, dating back to the first half of the fourteenth century, the Municipal Theatre, the Archaeological Museum and the Ethnographic Civic Museum. In addition to the monuments mentioned above, the ancient fountains, caves and true architectures of nature that are the gullies, Atri is certainly worth a visit for all the beauties that it preserves, evidence of a civil and artistic history as rich as ever.