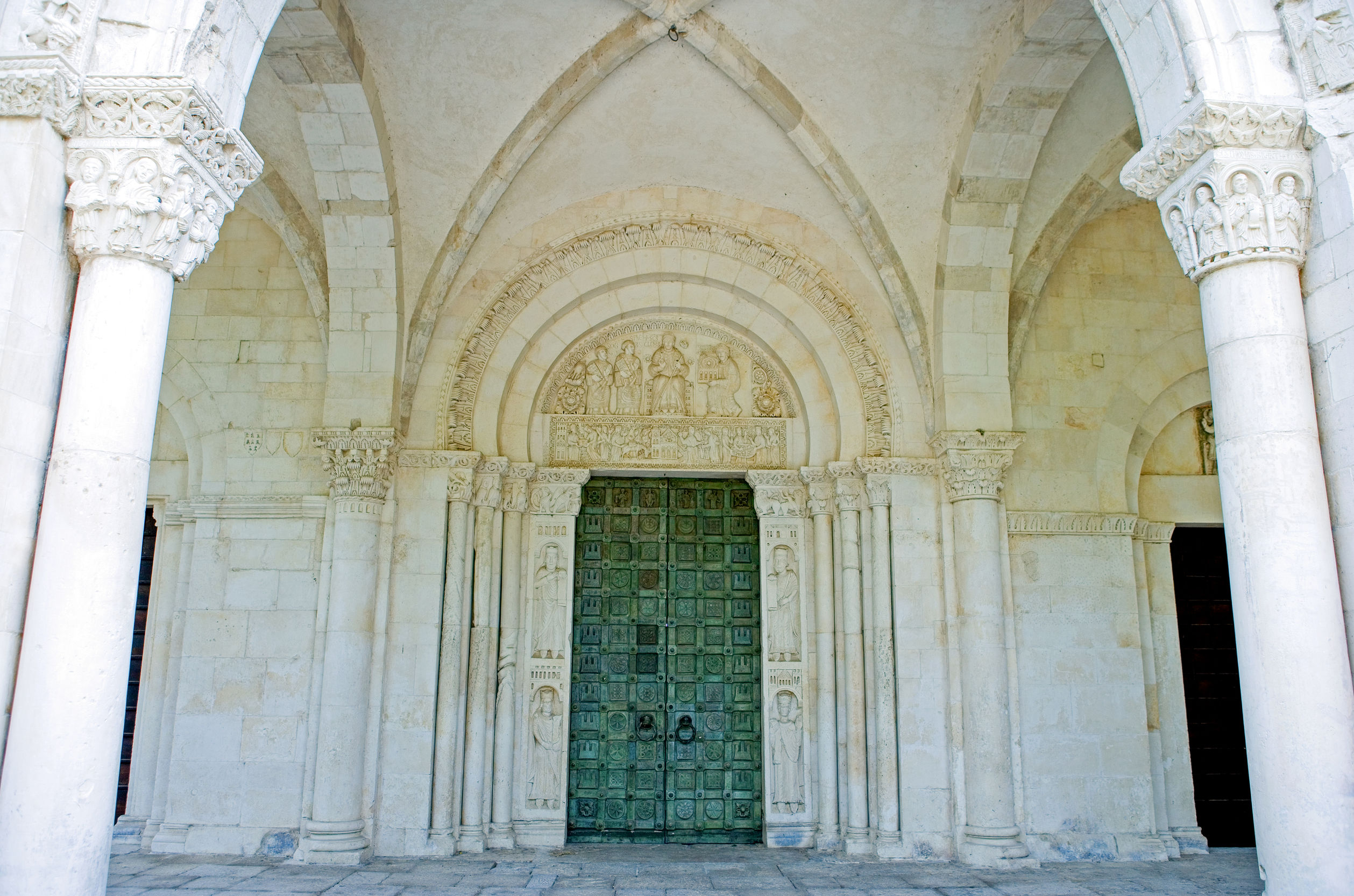 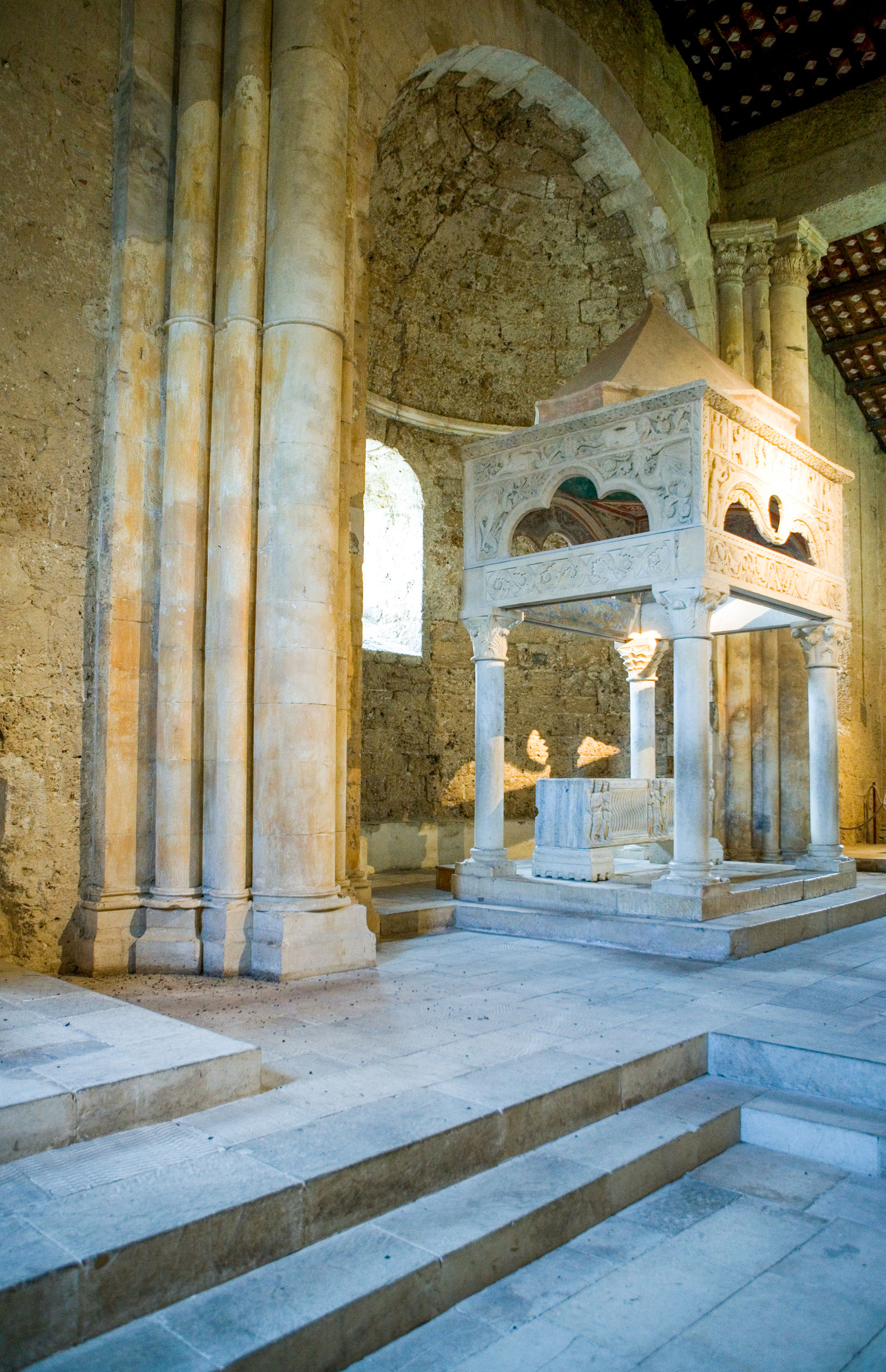 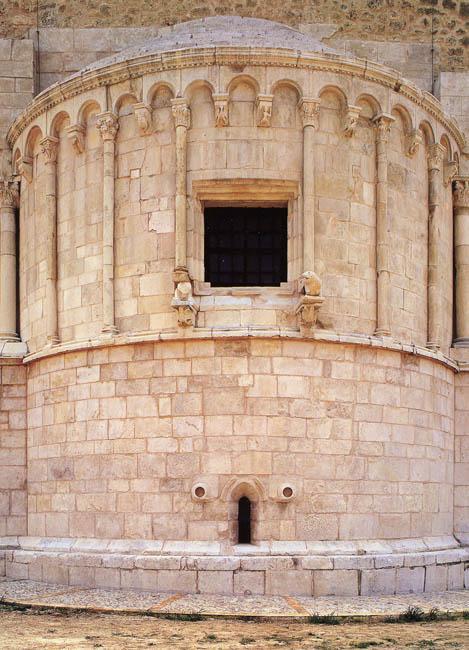 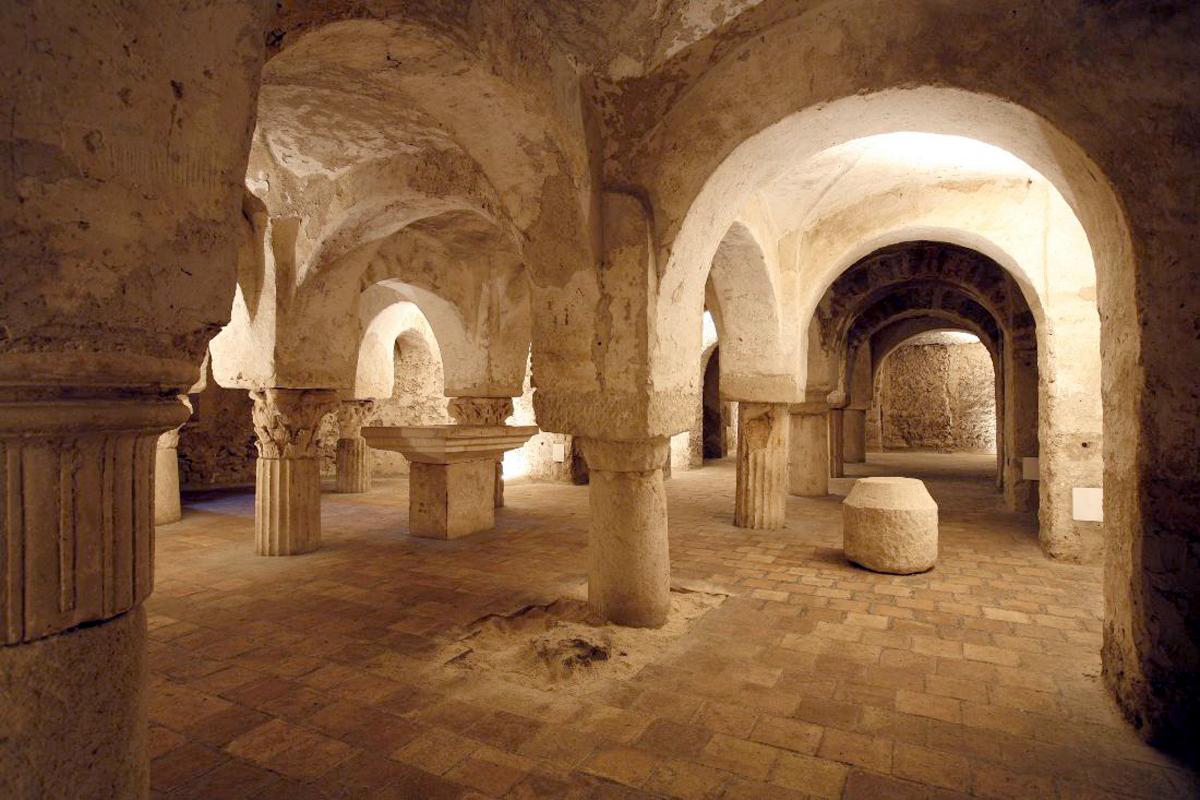 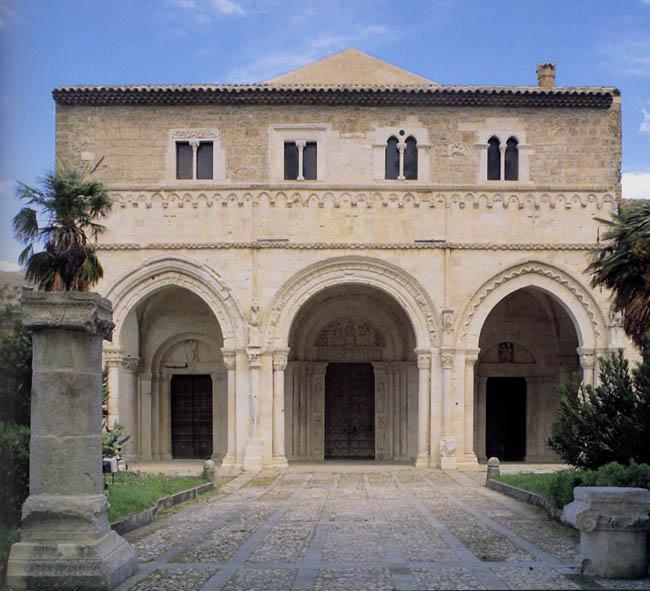 The earliest monastic center was founded in the ninth century by order of the emperor Ludwig II and a few elements of this original structure were re-used in the monumental reconstruction started in 1176 under the direction of the abbot Leonate.

They are recognizable especially in the crypt. Leonate had the frontal arcade built along with the upper oratory and the portals, remarkable for their precious and various repertoire which makes of them an important piece of art in the Abruzzi. The bas-reliefs of the middle portal illustrate the foundation and the history of the abbey up until then. The interior of the church reproduces the basilica plan common to other churches restored in the same period (such as San Liberatore a Majella), with a nave and two aisles, to which three apses correspond. The pulpit, which Calore reassembled in the nineteenth century, dates back to Leonate's activity, thus its construction started between 1176 and 1182. Four columns support it and a chain of raised slabs with flowers and with Saint Jonh's eagle surrounds it. The Easter candle stands out in front of it: a high column, whose capital is adorned with crochet leaves, holds two hexagonal lanterns, bedecked with twisting columns and mosaic insets in comatesque style, most likely carried out in the thirteenth century. In the middle of the presbytery, a big pointed ciborium was probably added to the church after an earthquake occurred in 1348. The relief of the back as well as in the portal tells the story of the foundation of the church. The stone structure, whose inner part reproduces a starry night, covers the fourth-century marble sarcophagus containing Saint Clemente's remains.