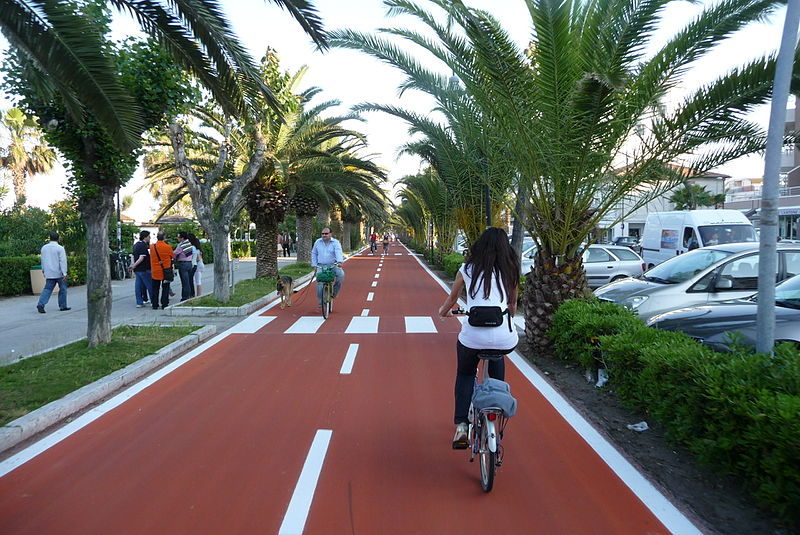 Where is: Alba Adriatica stands on the Adriatic coast, in province of Teramo, just a few kilometers from the border with Marche region. It can be reached by the highway A14, in close proximity of the exit Val Vibrata.

Why visit it: Alba Adriatica is known as one of the most famous seaside resort of Abruzzo region coast and with the town of Martinsicuro, Tortoreto, Giulianova, Roseto degli Abruzzi, Pineto and Silvi, it represents one of the “seven sisters” of Adriatic coast. It is equipped with some wonderful beaches that make it such a perfect place both for those who are looking for some relax and for fun-loving. Recently established (it was born as an independent municipality in 1956 by disconnection from the close town of Tortoreto), it was awarded several times with the Blue Flag and in 2019 also with the orange flag of Italian Touring Club.
Alba Adriatica is also known with the name of Silver Beach because of its wide and sandy coast in silver shades and because of its crystalline waters that go deep-blue during warmer seasons. The promenade Guglielmo Marconi that runs alongside is equipped with a wide bike path, one of the first realized in this region, as integral part of the project Bike to Coast relative to the unique bike path of Abruzzo region, at the same time of the national project known as Adriatic Green Hallway.
By following the road in perfect safety (on foot, by bike or on skates) you can admire some plants, flowers and evergreen vegetation, you can take a pleasant rest on comfortable benches or close to monumental fountains otherwise you can refresh yourself with some food in bars and chalets present on the territory.

What to eat: Surrounded by vineyards, olive groves, several cultivations and fields dedicated to sheep farming, while being a new place Alba Adriatica provides an overview of flavors of land and sea of Abruzzo region tradition, from fresh fish dishes (fish stew and spaghetti with clams) to chitarra pasta with small patties, up to the scrippelle (a mixture of flour, water and eggs) hot dish and to the cardoon soup.

It is part of: Green Flag 2020 of Italian pediatricians like a child-friendly beach – Yellow Flag 2020 Fiab (Italian Federation Environment and Bike) as a cycle municipality.