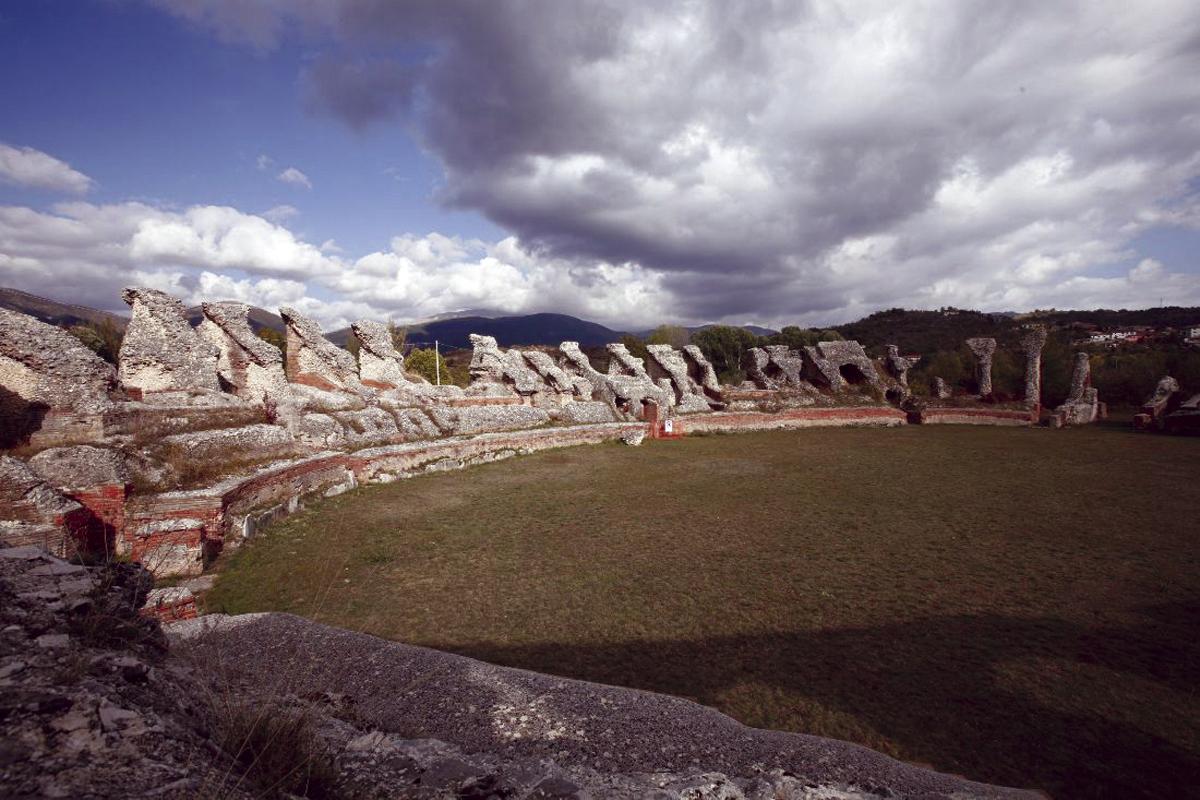 Situated on the high Aterno Valley, Amiternum was conquered by the Romans in the third century B.C. and became a prosperous municipium.

The early settlement lay on San Vittorio hill, but during the imperial age the center was moved down to the valley, where the most important archaeological evidences remain: an amphitheater, a theater, ruins of the public baths and of an aqueduct.
The theater, of which the lower part of the central area (named cavea), of the orchestra and of the stage are visible, was built during the Augustan age and was able to contain no less than thousand spectators.
The amphitheater, recognizable from the perimetric two-level walls and the arcades set along it, was built approximately in the mid I century A.D. and was able to contain an audience of almost six thousand people.
Many architectural elements saved in the site of Amiternum were used in the nearby early Christian and medieval towns, among which the catacombs of San Vittorino, where the homonymous martyr was buried.