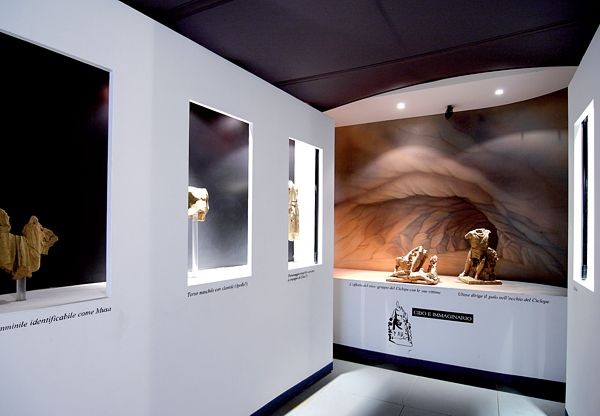 The building that houses the Civic Archaeological Museum is a container full of memory: from the church dedicated to St. Charles, in the early 1600s, to Palazzo del Tribunale in the second half of the nineteenth century. Located in a block that bears witness to the architectural transformations in the urban history of the city since the end of the thirteenth century, the Museum is the "central hub" of the Museum System "City of Teramo", a reading center of the territory, connected to archaeological sites in the city and in the Teramo, with an adequate network of references between the museums of the system and the territory of reference. The Museum, in the preparation of the ground floor, retraces the stages of a history without interruption of the area now occupied by the city (from the twelfth century. a. C. to VII a. C.). The historical identity of the Roman city is testified by its construction typologies: public buildings, private homes, necropolises to close, in a hypothetical journey, the circle of man's existence; while the shape of the ancient urban fabric takes shape, evoked through its public places (the forum, the theatre, the amphitheatre, the baths, the testimonies of the ancient religiousness), its rich residences (the so-called Domus of the Lion, of Porta Carrese, of Largo Torre Bruciata, of the area of Largo Madonna delle Grazie), its necropolis, along the suburban nodes and the great roadways. On the first floor the history of the Teramo territory is narrated by themes, from prehistory to the process of Romanization up to the medieval period. Thus, the ages of the prehistoric and protohistoric phases followed each other through the description of the most representative sites, while the process of Romanization was narrated through the development of themes: from commerce to administrative organization, from sanctuaries to villas, from "barbaric" presences to medieval trades and ceramic production, with a final visual reference to the churches of Teramo, an invitation to retrace the stages of Romance in the Province of Teramo.

The museum is currently undergoing restoration