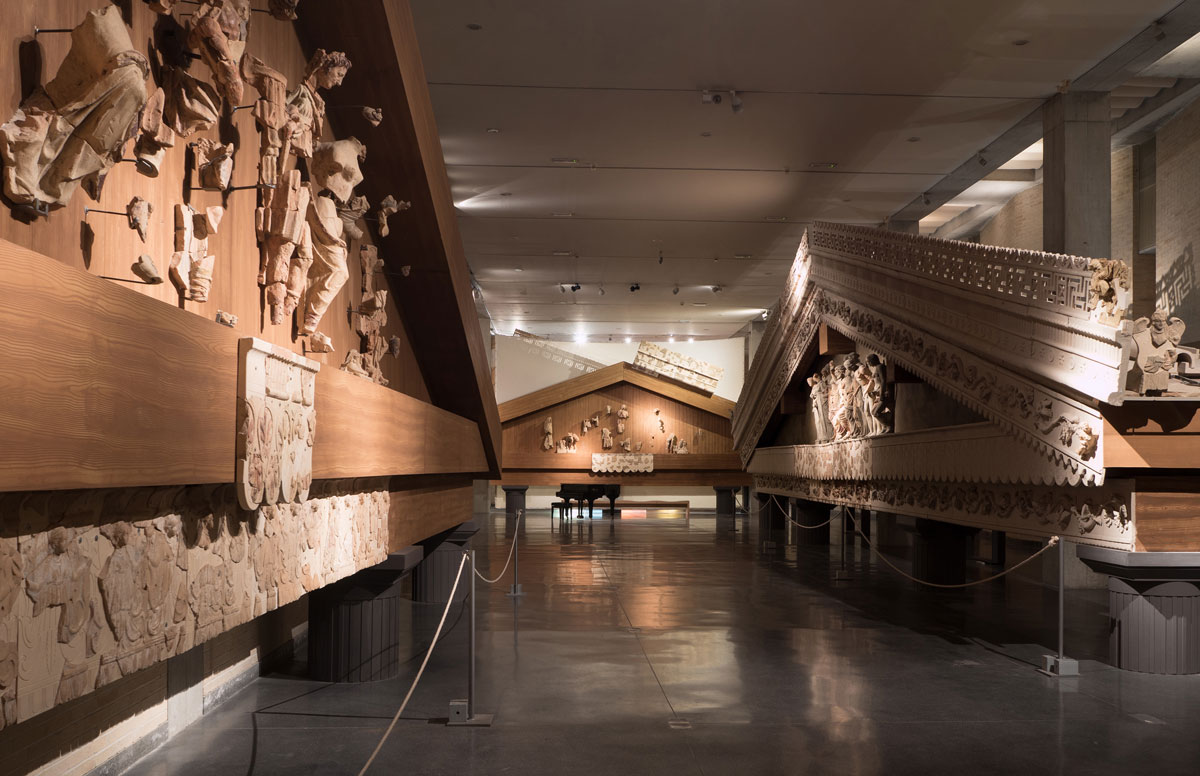 The Museum illustrates, through visual effects and environments, the archaeological materials that document the history of the city of Chieti, come to light during excavations on the south-western slopes of the hill, not far from the site occupied in the past by the Civitella stadium. Three routes lead the visitor to the discovery of historical monuments and the territory: 1) The beginning of urban history focused on the Republican phase of the Acropolis of the ancient city of Teate Marrucinorum (III-II century BC) with its beautiful gables, the central sanctuary and temples; 2) From Rome to yesterday, the Roman age (I century.) organized by monumental areas: the Forum, the Theatre, the Amphitheater and the Spa). (3))The land of the Marrucini family, illustrating archaeological sites of significance for the development of ancient Teate in the territory between the Gorges of Popoli and the Adriatic. In the space "The First Archaeological Museum" are collected material from the theatine archaeological history that sees in 1938 the birth of the initial nucleus of this museum "L'Antiquarium Teatinum", the result of the passionate work of Desiderato Scenna, Dean of the Liceo Classico G.B.Vico and a devotee of local memories.