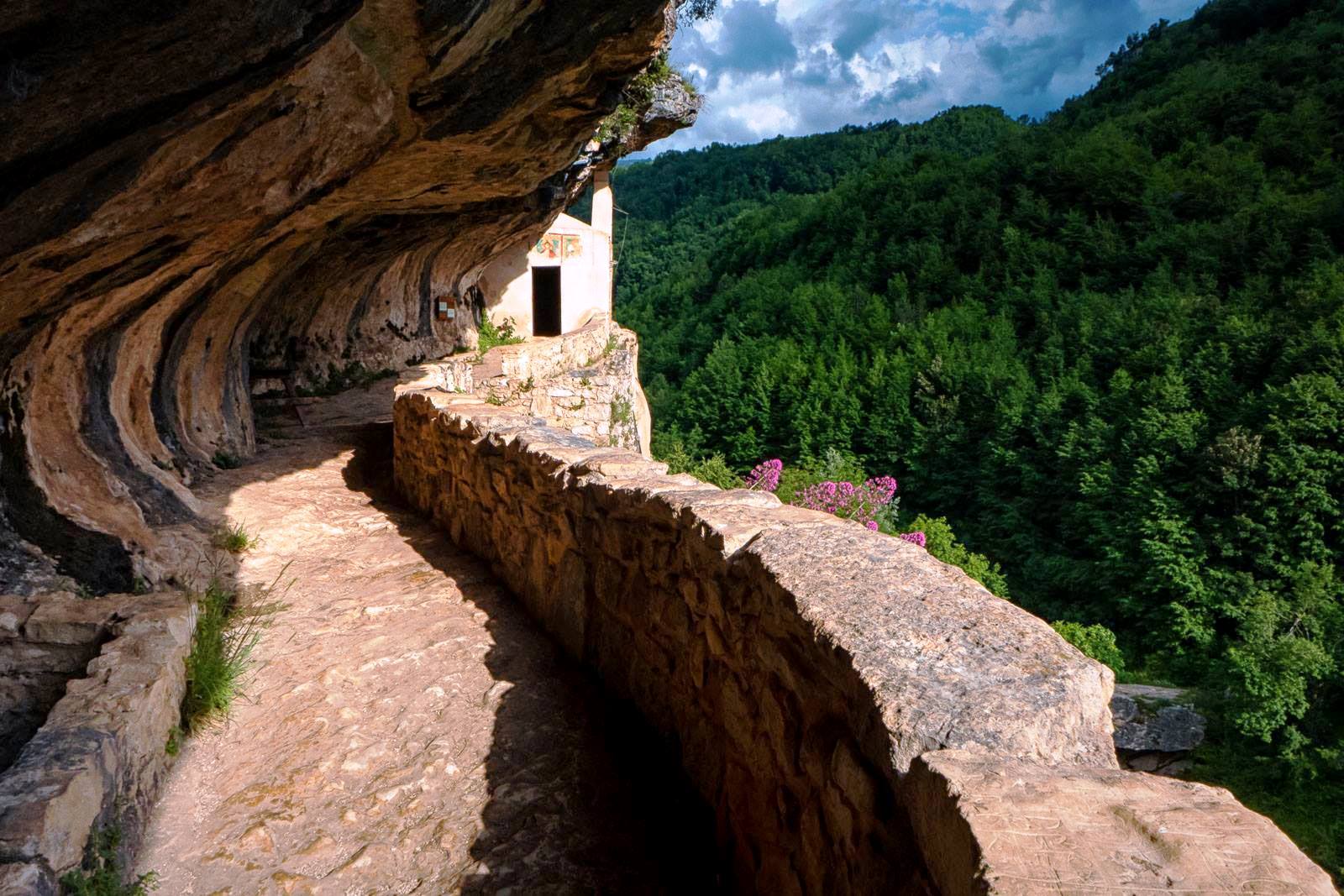 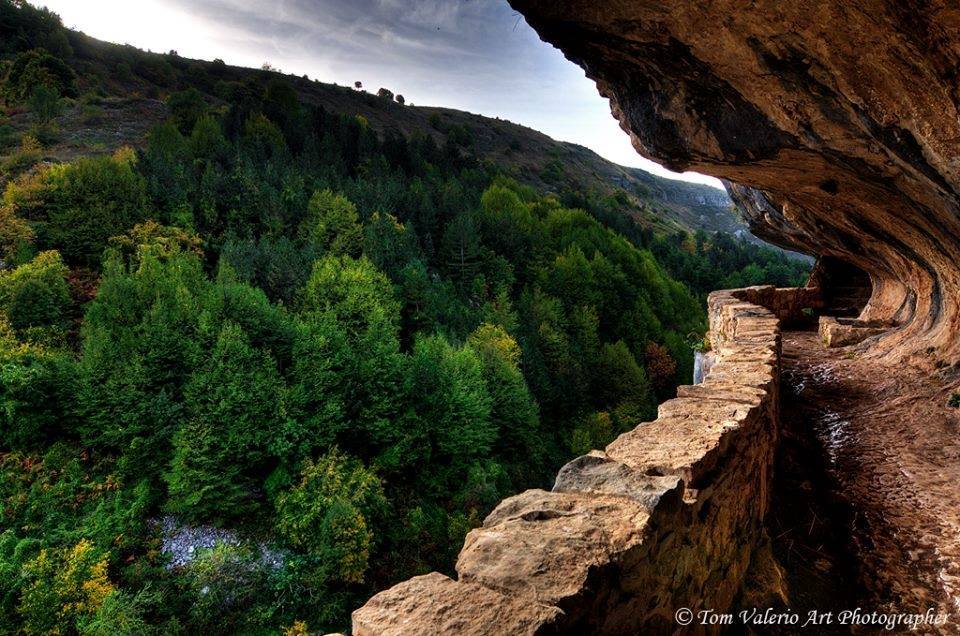 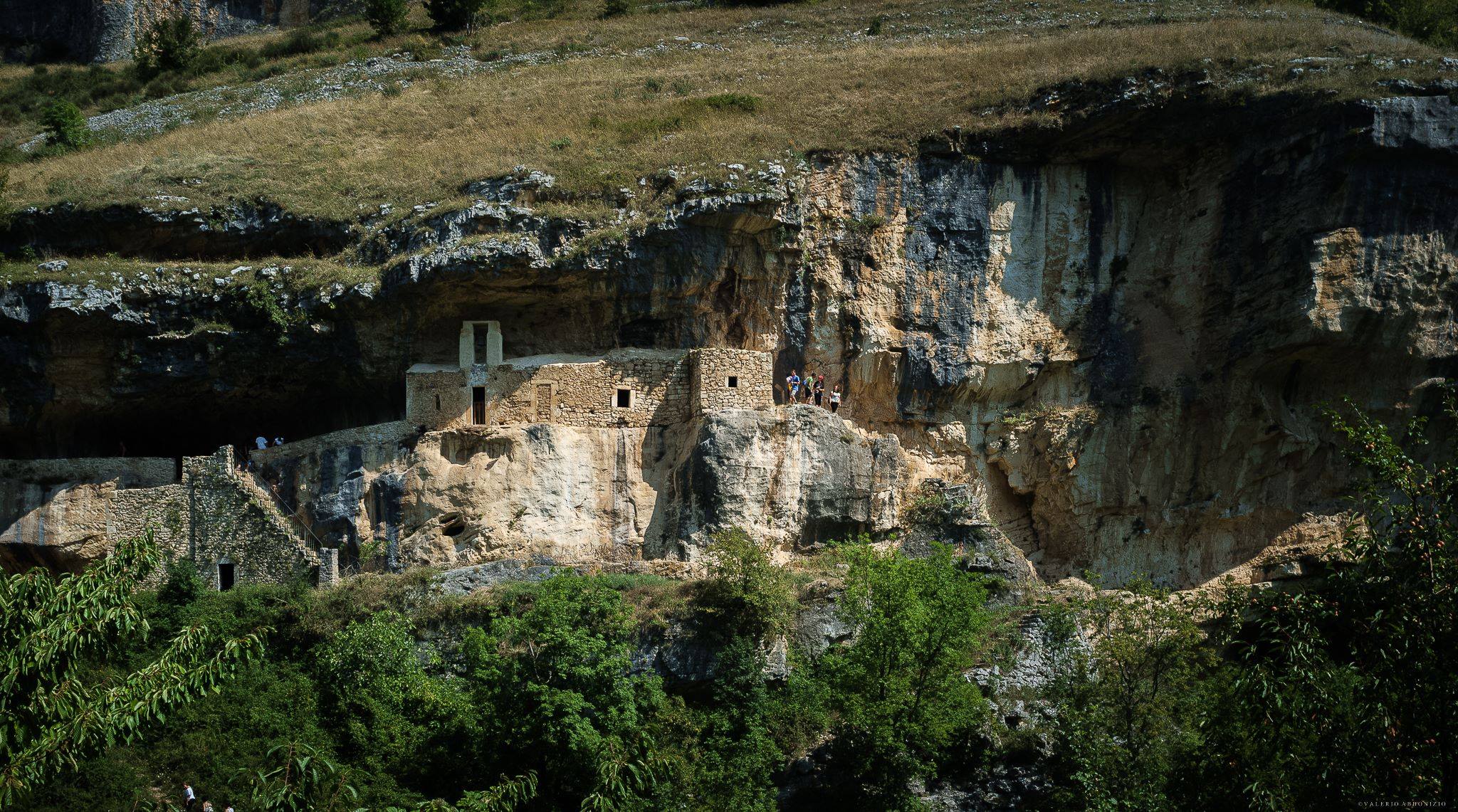 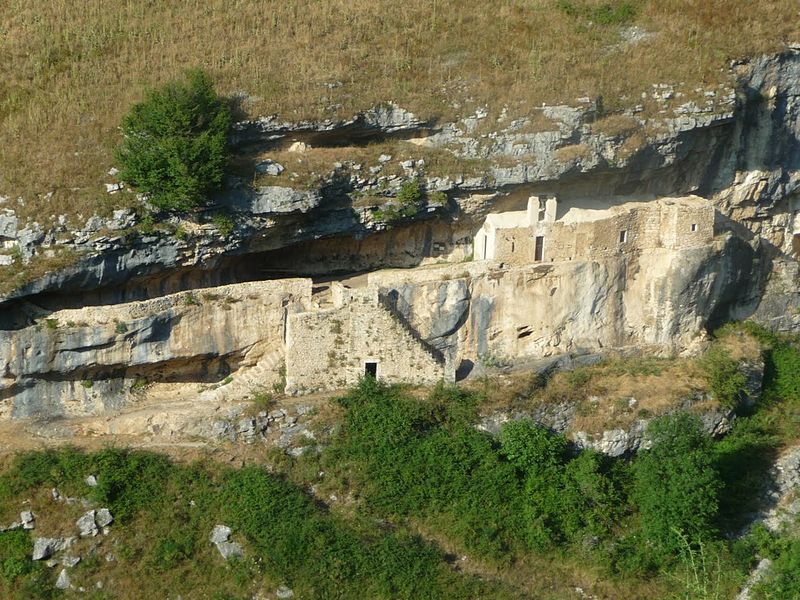 It is one of the most spectacular and famous Celestinian Hermitages of Majella. The building stretches out in a dry landscape, under a rocky ridge that completely covers it, so much so that it camouflages in the rock. It was built in a period prior to the year 1000 and later restored by Celestino V around 1250 and used by him for the many Lenten to which he was subjected.

The rooms of the Hermitage, which is a small convent in the rock with adjoining chapel, are accessed through a staircase carved into the stone, the Holy Staircase, which leads to a rocky balcony at the end of which the church appears with surprising effect. Inside you can see a simple altar on which is placed the wooden statue of St. Bartholomew and, on the left wall, a tray that collects a modest resurgence of water that the devotees consider miraculous. Every year on August 25th, numerous pilgrim companies arrive in San Bartolomeo. After mass they descend to the river that flows under the rocky ridge and get wet, repeating an ancient ritual. After having completed various penitential acts, we have breakfast along the river and go back to the Hermitage for the Procession that brings the statue of St. Bartholomew to the church of Roccamorice, where it remains exposed to the worship of the faithful until September 9th, when a similar pilgrimage leads it back to the Hermitage. Not far away, under another rock shelter, archaeological excavations have discovered the presence of a Stone Age village.