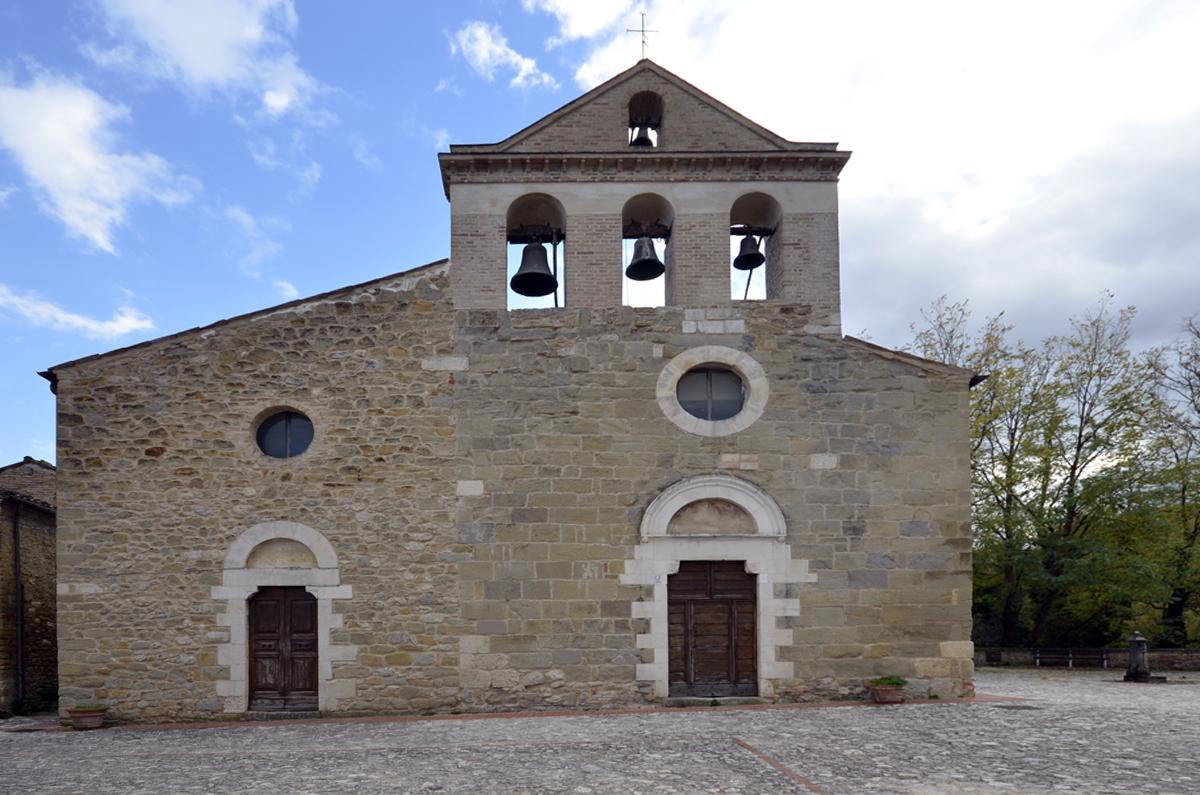 Today it is an outlying village of Colledara but in the past it was an important and populous town, known in the ancient sources as Castrum Leonis Vallis Sicilianae. It can even boast to have given hospitality in 1499 to Lucrezia Borgia and Alfonse of Aragon, who were running away from the Duke of Valentinois. The church, datable to the XII century, has a gabled faade with two stone portals and an imposing belfry with four bells of different size. The main portal has a lunette (whose frescoes have unfortunately faded) and a monolithic architrave supported by two small heads and decorated with roses and masks. The second portal, though unadorned, has the same style features. Two round windows surmounting the portals light up the interior of the church, consisting of two naves: one of them corresponds to the original building, the left one is smaller and was added in the course of a later restoration in undefined times. The Baroque interior is adorned with eighteenth-century frescoes and with a beautiful painted wood ceiling of the same age. It also houses a magnificent and precious organ dating to 1797.