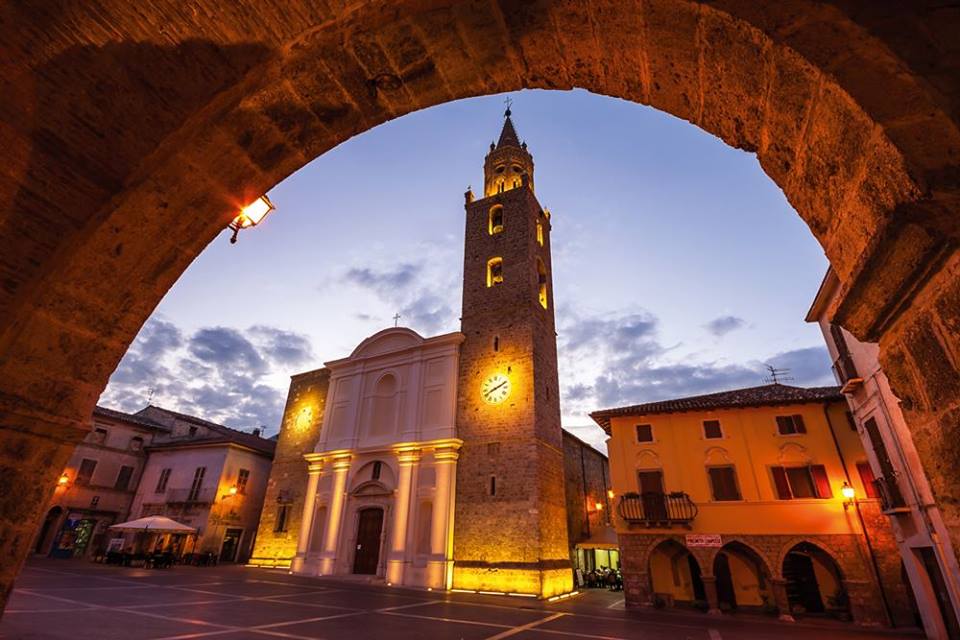 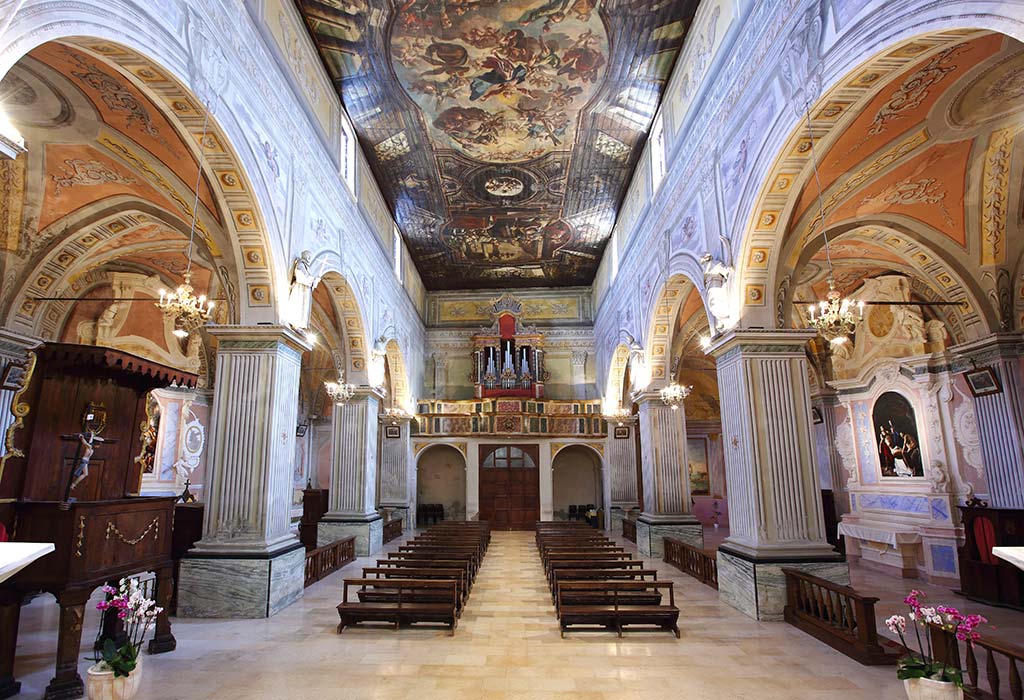 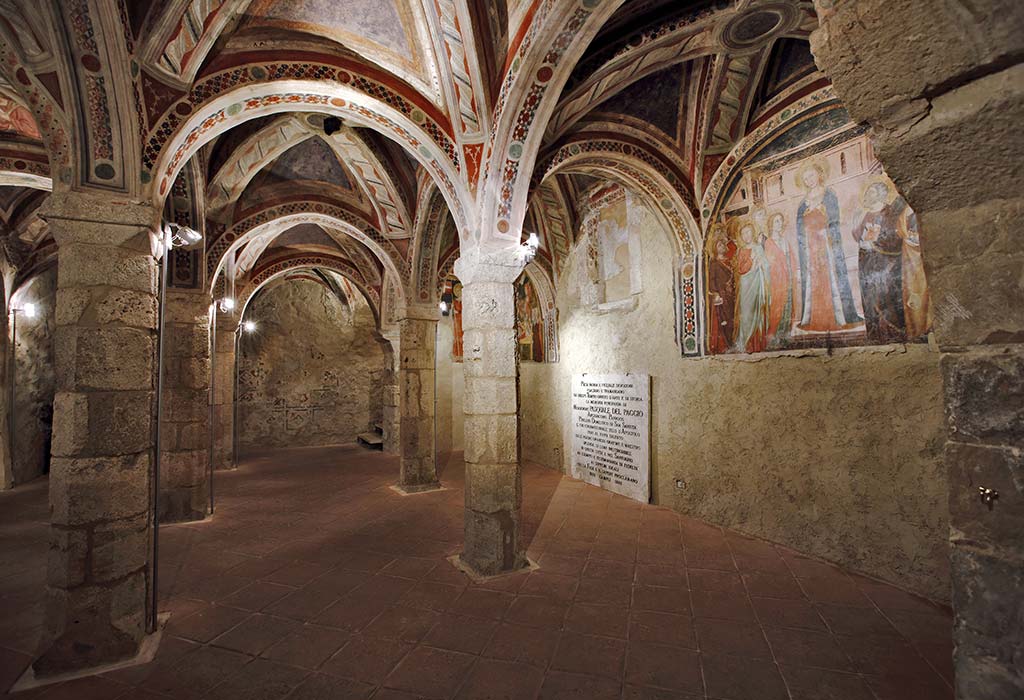 The ex-cathedral of Campli was declared collegiate in 1395.

Outside it results from several interventions that followed one another from the XIV century up to the restoration subsequent to the earthquake of 1703. The plain faade, adorned with niches and pillars fitted in the walls on two levels, dates back to that period: Giovanni Fontana from Penne restored it between 1790 and 1793.

At its side there are two sections made of square blocks, pertaining to the Medieval reconstruction. The belfry is part of the faade as well: in the fifteenth century the tower was provided with the polygonal lantern which Antonio from Lodi had imported to the Abruzzi and added to several belfries of the area. T

he inside consists of a nave and two aisles, which are the result of the enlargement carried out between 1470 and 1561. Nevertheless it preserves the eighteenth-century decoration and the impressive wooden ceiling which Teodoro Donato from Chieti painted in the early eighteenth-century. Among the fifteenth and sixteenth-century arrays, there is a carved altar with candleholders and old-fashioned patters, of Lombard production, which contains in the central niche a statue of the Madonna by Silvestro from L'Aquila. As for the decoration, the most noteworthy items are two paintings on wood by Cola from Amatrice, today kept in the Municipal Museum. Under the choir, the crypt is decorated with a cycle of frescoes by the master Niccolò from Valle Castellana.