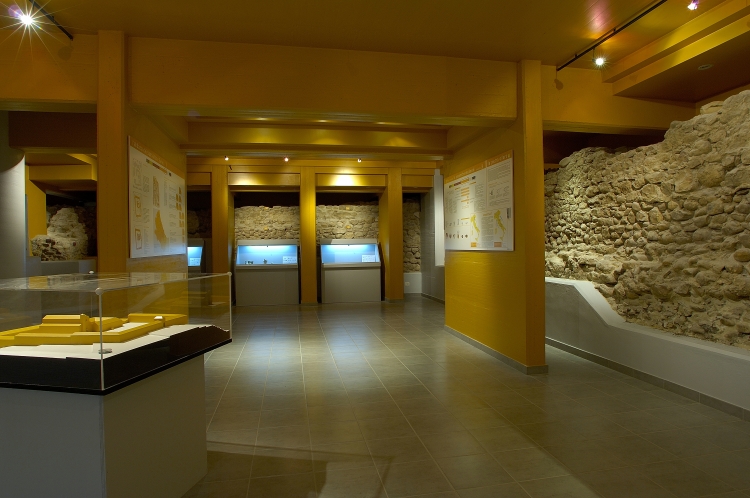 The Civic Museum "Gate of the Earth" collects finds coming from the territory of San Salvo and in particular from the area of the Quadrilateral, object of archaeological investigations since 1997.
The exhibits, selected on the basis of their historical value as vehicles of significant information on salient aspects of the events of the city, are presented in a journey back in time, and come from funerary items belonging to the Frentani, as we know from ancient sources, occupied the coastal strip of Molise and Abruzzo south-central.
The materials returned from the territory of San Salvo seem to give reason to the historiographic traditions according to which the Frentani, originally from the mountain areas of the interior, arrived on the coast as a result of migratory movements.
Particular emphasis has been given to the finds from the necropolis of Via Galilei, as it is the first Sansalvese funerary context of archaic age investigated with proper archaeological methods. Guided tours (also in the nearby archaeological sites) and educational workshops for schoolchildren are available by reservation only. The cost of the ticket is € 3.00, with a reduced ticket of € 1.50 for school groups and young people from 14 to 18 years and free entry for children up to 14 years, the elderly over 60 years and the disabled.
The Museum is part of the Archaeological Park of the Quadrilateral which also consists of the Museum of the Abbey, the Archaeological Island of the Cloister, the Archaeological Island of the Roman Mosaic and the Roman Aqueduct Hypogeum.