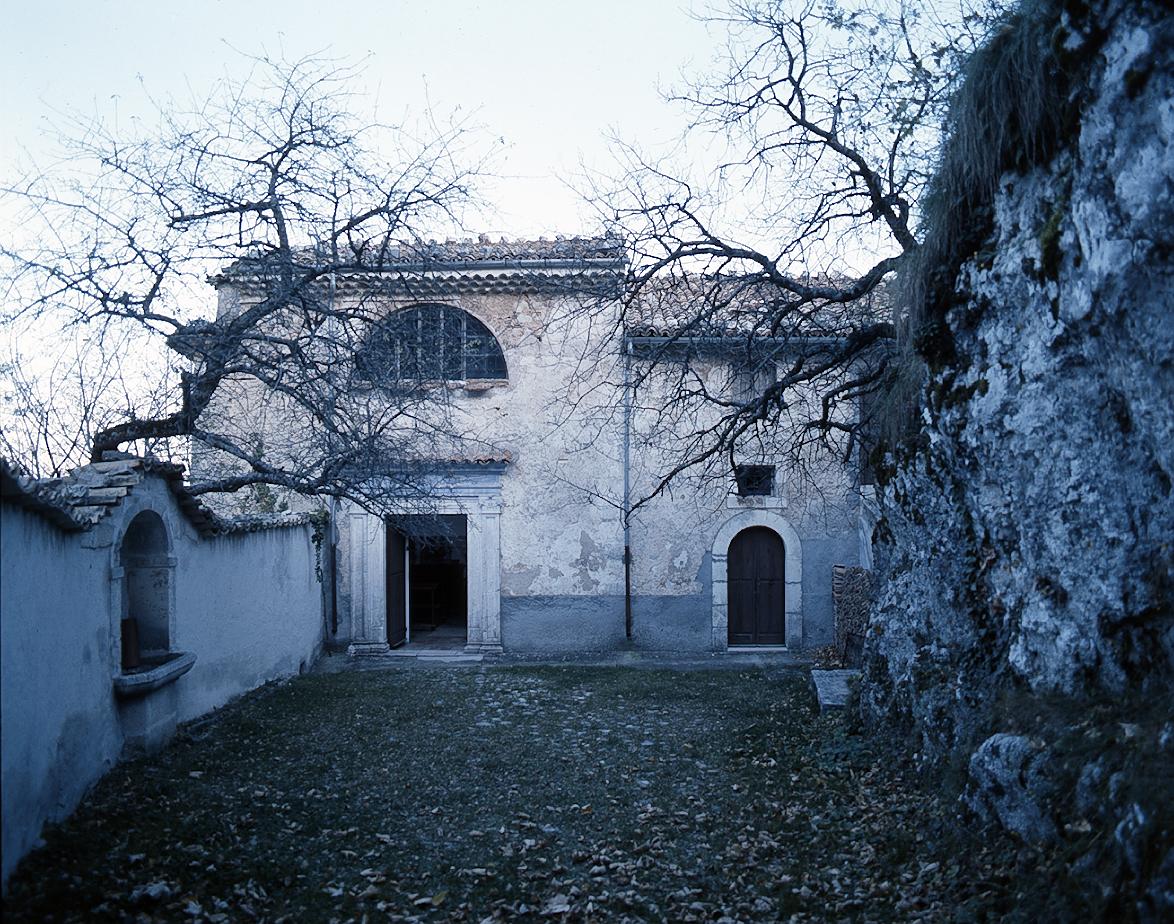 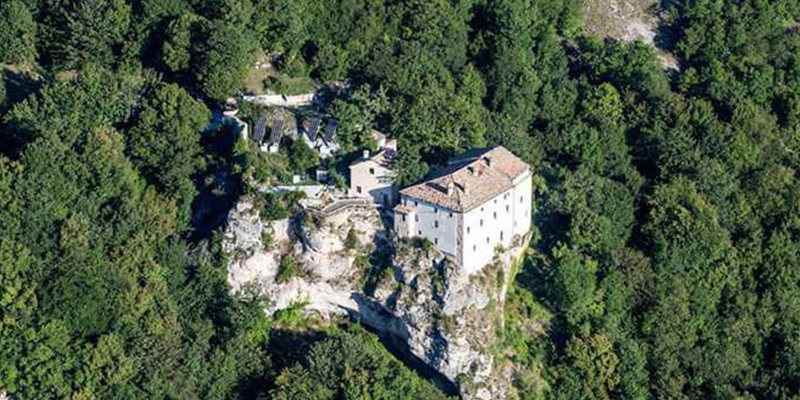 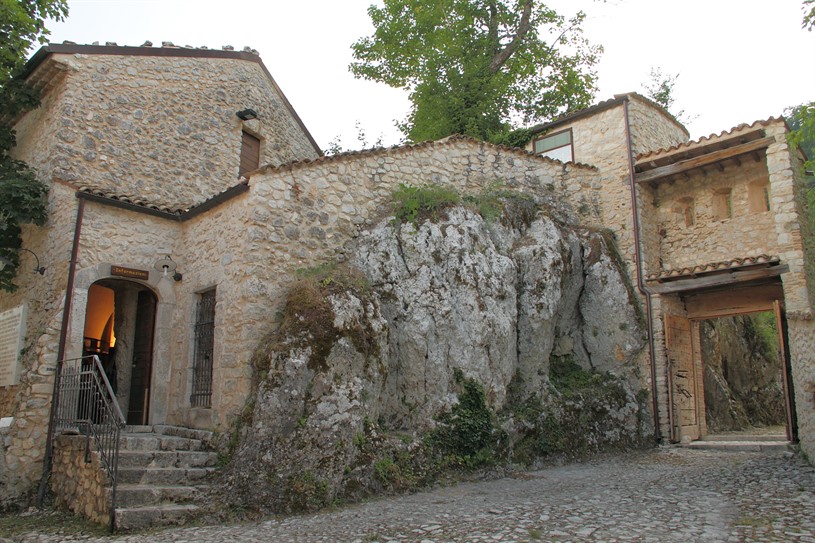 It rises on Mount Porrara at almost 1300 m asl, on a cliff that makes the building impenetrable on three sides. It was probably the first place where Pietro Angeleri lived as a hermit before taking his vows. Here the future Pope Celestine V, once reached Majella, stopped in a cave and began the hermit's life.

The building looks like a small stronghold; it is composed of the church, a residential nucleus and a roof garden. You enter the complex through an external corridor, overlooking a balcony, which leads to the entrance consisting of a portal with a round arch. Some testimonies confirm the construction of the complex by the Celestines, around the 14th century, to pass on the memory of their founder's first hermit residence. The dedication of the church derives from the fact that the place recalls the form of an altar. The living area has the appearance of a noble house and in fact the convent, with the suppression of the religious orders in 1807, came into possession of Barons Perticone, who made it the summer residence of the family. In 1970 it was donated to the Municipality of Palena. The hermitage is reached by taking an easy road before the Forchetta Pass, but the people, especially for the pilgrimage of July 2, the day on which the feast of the Madonna dell' Altare falls, prefer to choose routes through the woods that best represent the condition of the penitent pilgrim.