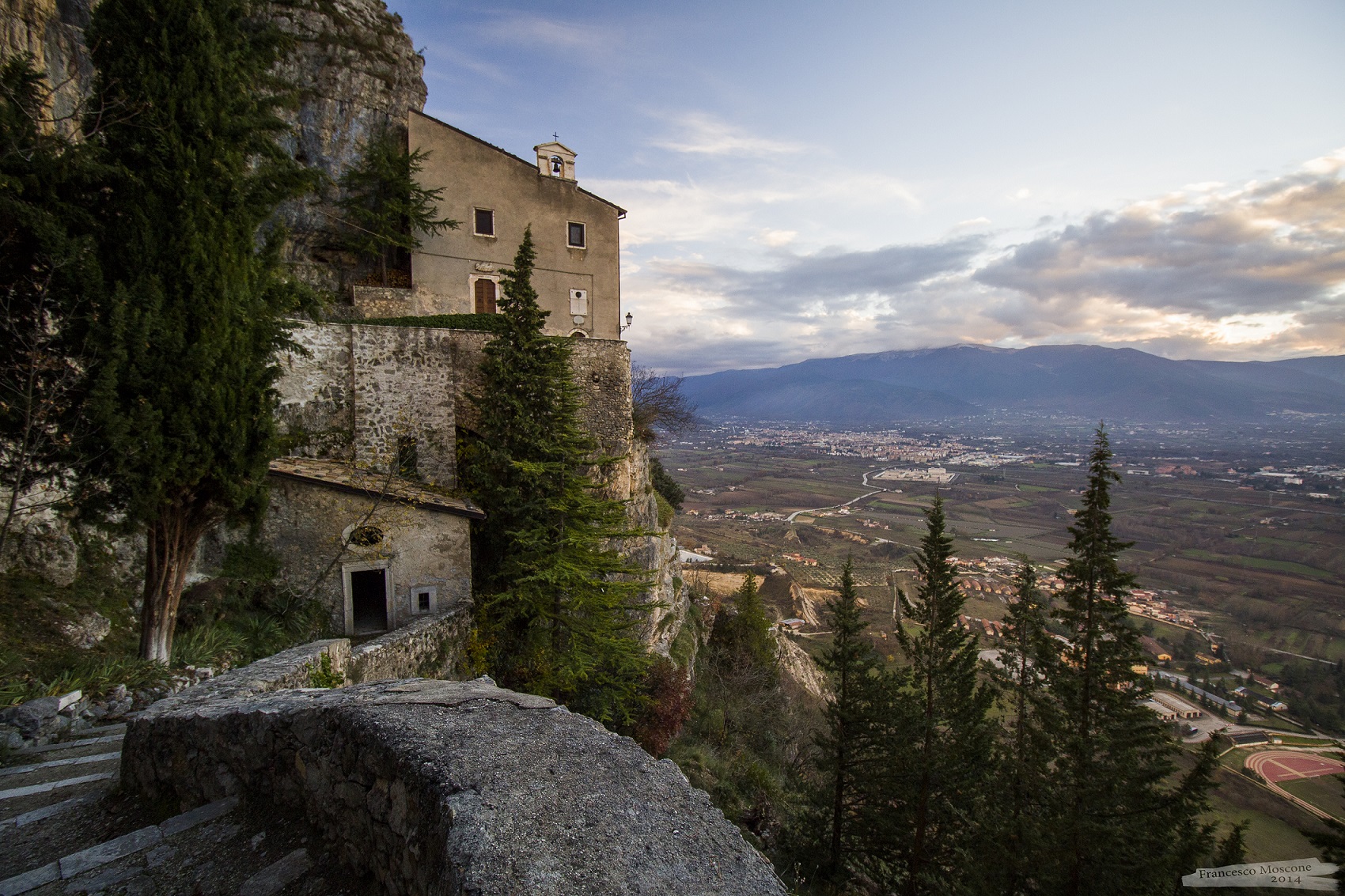 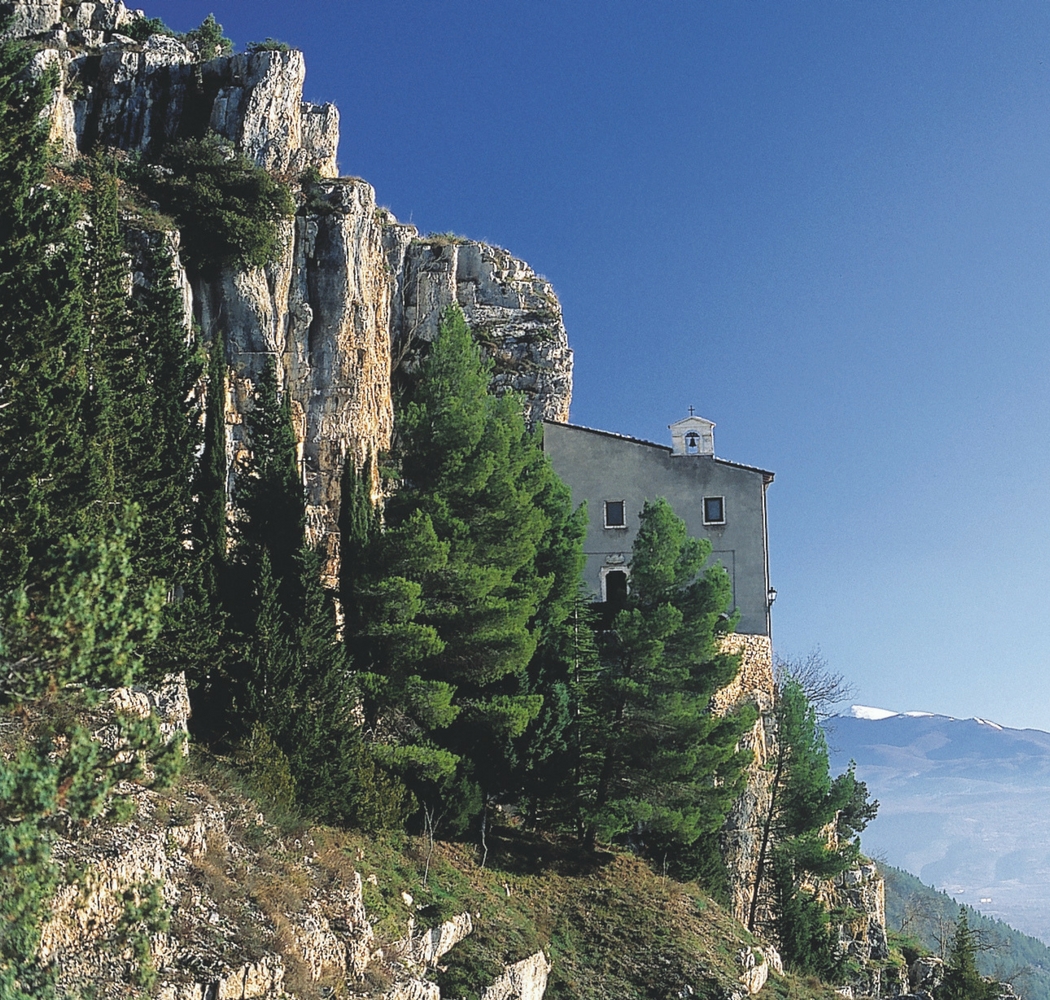 It is the Celestinian hermitage best known for its spectacular position, perched on a huge rock face of Morrone, overlooking the Peligna Valley. Here Pietro Angelerio, future Pope Celestine V, spent much of his life.

Here came the Delegates of the Sacred College, with King Charles of Anjou and his son Carlo Martello, to announce his election to the papacy. Here he returned after the "big refusal". Even today the place still retains its ancient charm. The Oratory preserves beautiful thirteenth-century frescoes, the vault painted in blue and dotted with stars and images by Maestro Giovanni Gentile da Sulmona in the years in which Peter had retired to these places. There is an image of the Saint in papal clothes of particular importance from the iconographic point of view, because it was executed when he was probably still alive. At the centre, a simple stone altar set with a Crucifix: according to tradition Celestine V celebrated the Mass in pontifical clothes before going to Naples. You can then admire the cells where Peter and the pupil Fra' Roberto da Salle lived. From here you can access the loggia below, which offers a wide view of the Shrine of Ercole Curino and the Peligna Valley, and climb up to the garden carved between the rocks. The cave that was the first refuge of Peter, is accessed through an external staircase; here it seems that the faithful can see the cast of the body of the Saint.