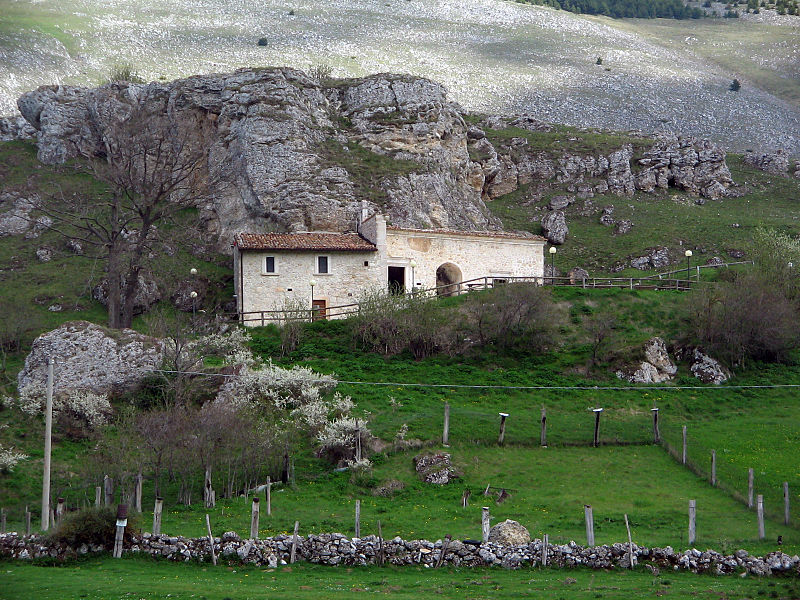 Rock church of the XII/XIII century (rottoes and hermitage) opens at 1,266 m asl at the foot of a cliff that overlooks the Fourth Great, on the slopes of Mount Pizzalto, in front of Colle Riina where Lombard tombs have been found.

It is the only settlement of this kind on the Major Plateaus that appeared in 1183 in a Bull of Pope Lucio III. It has a corner front. The main façade closes the cave where the church room is located; the smaller side façade closes the hermitage area (residential space). Probably it is probably a pre-existing place of worship Italic - Roman, dedicated to Hercules. Subsequently, with the spread of Christianity, but above all with the presence of the Lombards in the area, it was dedicated to St. Michael the Archangel, protector of the Germanic people. It is therefore an example of overlapping the new Christian cults with the ancient pagan cults. The interior is paved with stone slabs and has a fine work in local white stone, the balustrade that closes the presbytery area, where on the bottom remains a small altar and a niche in which was the statue of St. Michael Archangel. The sharp contrast between the rustic structure of the vault and the fine inlays of the work is striking.