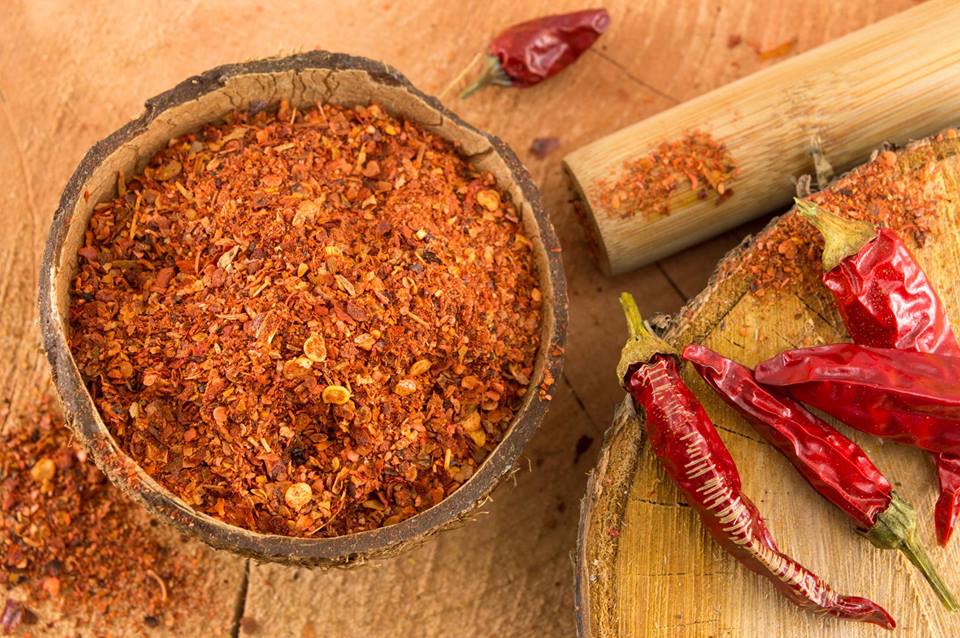 The small village of Altino, in the province of Chieti, gathered on a rocky outcrop overlooking the Valle dell'Aventino, gives its name to small red horn peppers of intense red color, also called peppers "a cocce capammonte" (head upwards), because the fruit is facing upwards. When they are ripe, they collect and stick with a needle and string at the height of the peduncle, so as to create a long necklace called "crollo". Then they are left to dry for several days and, when there is no trace of humidity, they are toasted in the oven for a few minutes or they are quickly passed in hot oil. At this point they are crumbled on first courses, on cod, vegetables and pork. Red, intense, aromatic, versatile, the Peperone di Altino, is an exceptional culinary ingredient, able to enhance every type of flavor. The purple-red powder, naturally aromatic, is also used as a spice for the preparation of sausages, salami and ventricina. It is certainly of Slavic origins the tradition linked to the cultivation and processing, in Altino, of the sweet pepper used to flavor many recipes of the local cuisine. It was, in fact, the fifteenth century when the first populations from the Balkans began to settle in the area of ​​the province of Chieti, and therefore also in the beautiful country overlooking the Aventino Valley, bringing with them products such as paprika and customs related to them, like that of reducing powdered peppers, just like we do with this particular Abruzzese variety. To promote this product so old and so delicious, every summer in Altino takes place The Sweet Pepper Festival during which the districts of the country compete with delicious dishes and original recipes based on pepper.