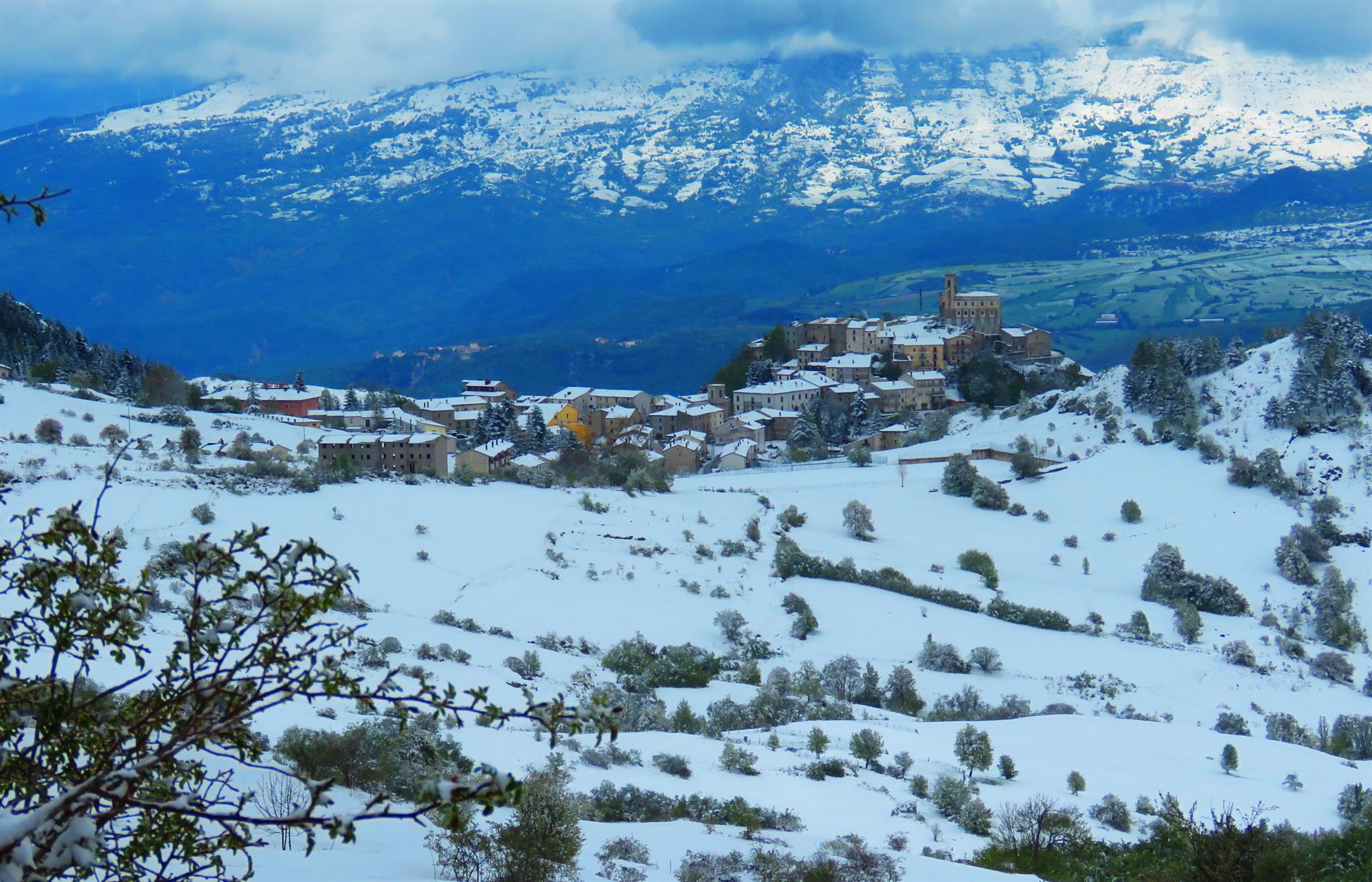 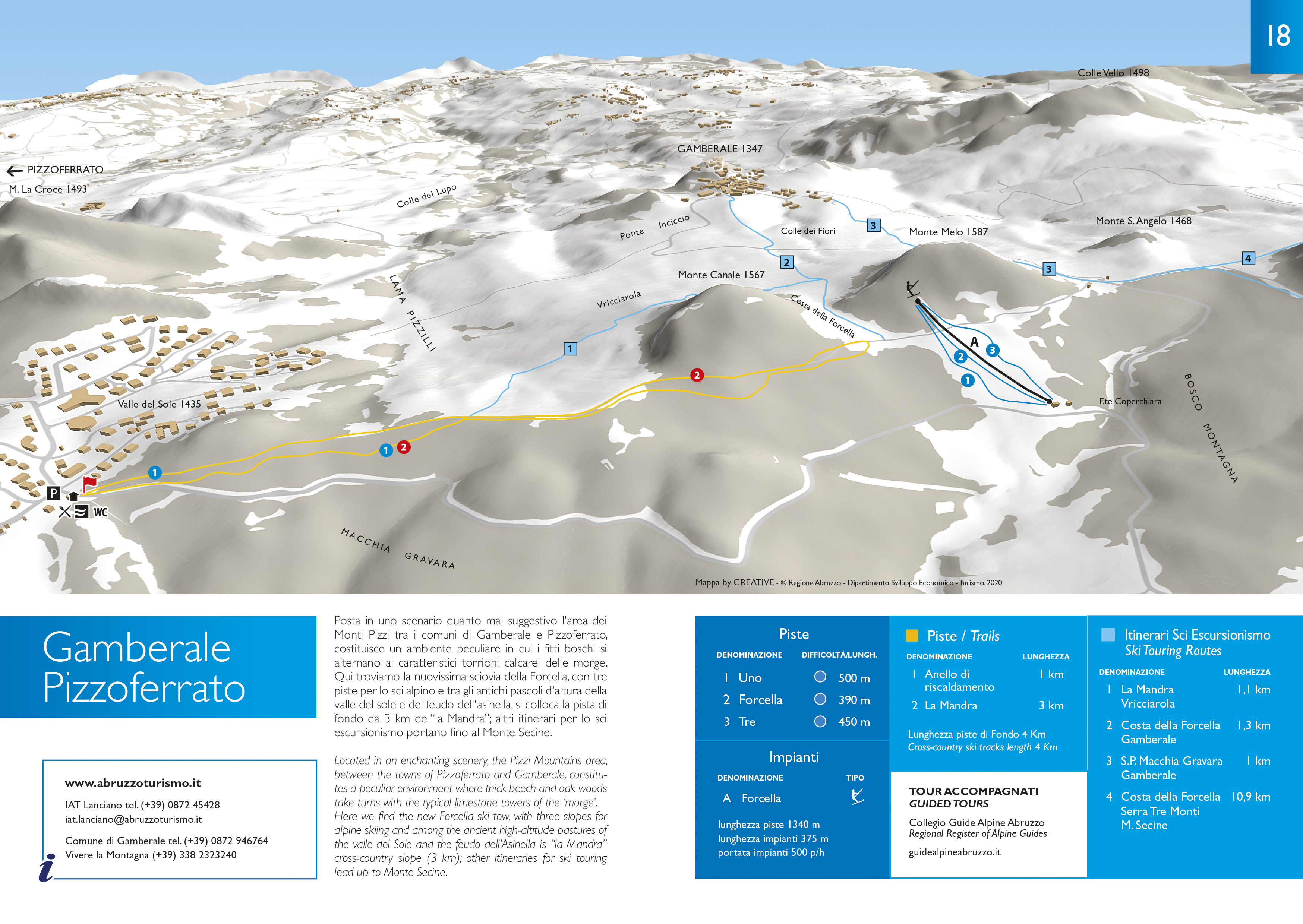 Among the rocks and woods of the Monti Pizi, inside the Majella National Park, there are the short but interesting and scenic slopes of this small ski area, located on the border between the territories of the towns of Pizzoferrato and Gamberale, particularly interesting for the cross-country skiers. At the moment, the ski lift, which served the slopes, is not functional for modernization works.

Between the two municipalities there is a cross-country ski ring of about 4 km called "la Mandra", surrounded by a wonderful beech forest. The track is divided into two rings: a simple one that stretches for 1.5 km and a more 'complex of medium difficulty, 1.5 km long plus school field. The track is served by a federal master of cross-country ski schools and sports equipment rental. The departure can take place from Pizzoferrato (Valle del Sole) and from the Gamberale side in correspondence with the Provincial road. Other solutions are for lovers of skiing and snowshoeing with some routes that depart near the cross-country trail.

Gamberale, a panoramic center at 1343 m above sea level, stands among the rocky spurs of Mount Sant'Antonio, to the left of the Sangro river, in a very beautiful natural scenery. Its territory is extended 15.57 Kmq between woods, pastures and uncultivated areas. The origins of the town date back to the early Middle Ages, but the first historically certain information dates back to the 12th century. In the fifteenth century it was the domain of the family of Anichino, in the eighteenth century there were the Mascitelli di Atessa. Of the past it preserves the remains of the castle that dominates the town. The municipality is part of the Maiella National Park.