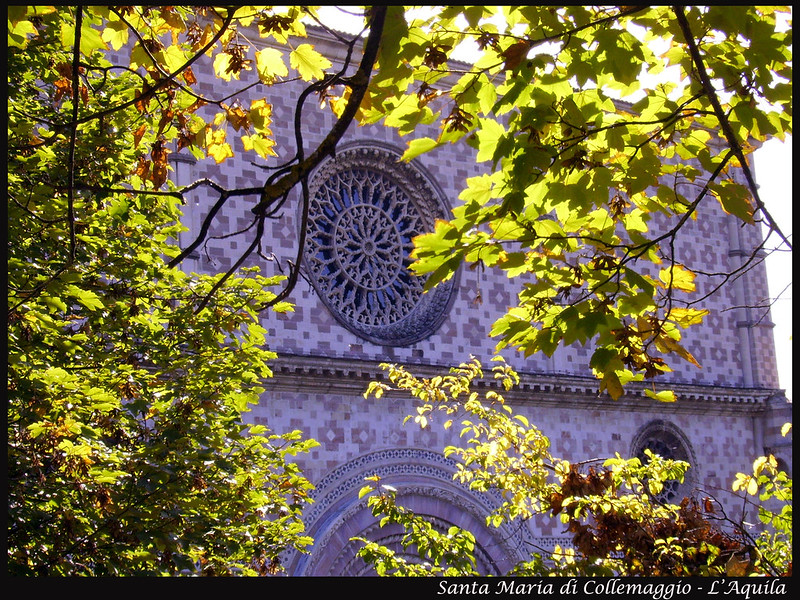 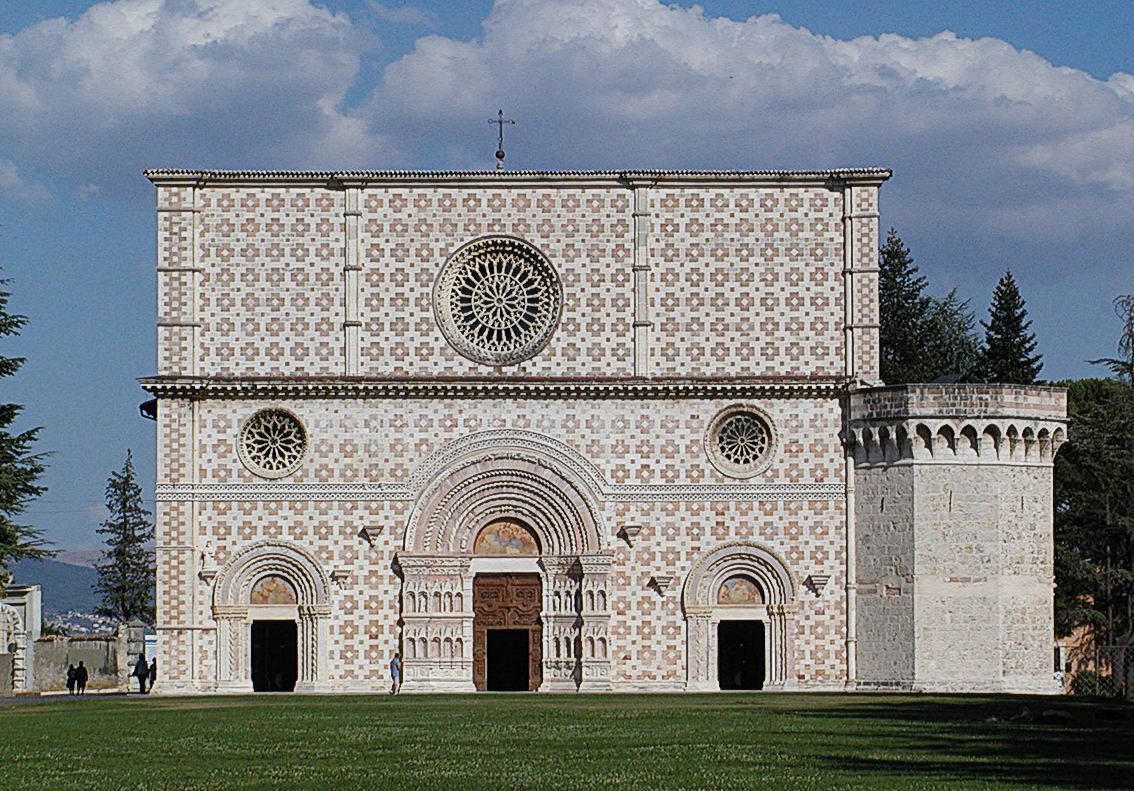 The city of L'Aquila is located in the center of the homonymous basin closed on one side by the Gran Sasso and by Velino Sirente on the other. This basin is crossed by the river Aterno. The city was born from the will of a group of feudal lords who asked Pope Gregory IX for the concession to found a city on the hill that stretched between Amiternum and Forcona. The numerous castles scattered on the slopes surrounding the new city, gradually built houses, churches, fountains and squares, creating the first nucleus of L'Aquila, whose name derives from the numerous water springs that were born on site and then fed the Fountain of the 99 Cannelle at the Rivera. In 1254, the Emperor Corrado IV officially recognized L'Aquila with a diploma, but it was in consequence of the destruction made by Manfredi in 1259, when Charles D'Angiò from 1265 ordered the construction and reconstruction of the city, which, with the approval of the king, it was transformed and grew rapidly. In 1272, the city walls began to build and, in the same period, the Basilica of Santa Maria di Collemaggio was also built, where, on 29 August 1294, Pope Pietro da Morrone was crowned, with the name Celestino V, at the presence of Carlo II D'Angiò. In the fifteenth century, in the city of L'Aquila, the University was established and in 1481 Adamo da Rottweil, a pupil of Gutemberg, opened a print shop and was allowed to coin money. At the beginning of 1500, the struggle between the French and the Spaniards for the possession of the Kingdom of Naples extended to the city of L'Aquila, which sided alongside the former, suffering terrible reprisals by Filiberto d'Orange, general of Charles V and viceroy of Naples. The city was ransacked and the inhabitants were condemned to pay money and to work in the construction of a mighty fortress "Ad reprimendam audaciam Aquilanorum" (the Spanish Fort). Later, the city began a period of squalor that caused it to sink into economic decadence and was also accentuated by famine, plague and a terrible earthquake in 1703. He actively participated in the revolutionary movements for the unification of Italy and in 1860, after a plebiscite, Aquila degli Abruzzi became the regional capital. After the earthquake of 1915 and during the twenty years of fascism, L'Aquila also took on a modern appearance with the construction of new neighborhoods, roads and public works. The city is home to a university made up of various faculties: literature and philosophy, engineering, science, medicine and surgery, economics and commerce. In addition to being a city rich in history, art and culture, L'Aquila offers sports related to its proximity to the Gran Sasso. Due to the 2009 earthquake, the historic center of the city has been severely damaged along with its main monuments. Currently, although largely enclosed, it can be visited.