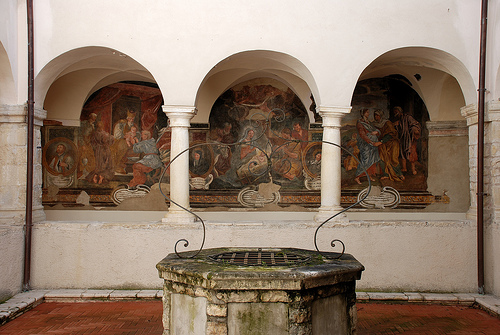 Housed in the former Franciscan convent of Santa Maria in Constantinople, the museum houses numerous works from the early Middle Ages to the present day, donated mainly by the citizens of Castelli. The wonderful objects exhibited in the ancient rooms belong to artists from some famous families such as Grue, Gentili, Cappelletti and Fuina. The exhibition allows you to retrace the entire history of the prestigious castle majolica, starting with the beautiful pharmacy vases of the so-called type "Orsini Colonna", now also preserved in the most important museums in the world. Of particular importance is the Madonna breastfeeding the Child of Horace Pompeii (sixteenth century). On the ground floor there is the archaeological section.