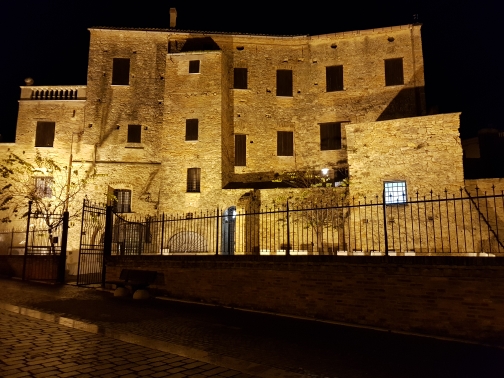 The War Museum for Peace, inaugurated in 2001, is located inside the enchanting Martucci Palace, a fortified building of the seventeenth century, transformed into a noble residence during the eighteenth century. The theme of war was chosen for the considerable amount of material present, the fruit of the centuries-old military traditions of the Martucci family, in order to keep alive the memory of those who sacrificed their lives fighting for their homeland and to pass on to future generations the memory of the horrors of war, a theme unfortunately very relevant, rejecting any conflict as a means of resolving international disputes.
The tour winds through 16 rooms, which illustrate the main war events that have affected our country, from the Wars of Independence to the Second World War. Very interesting is the conspicuous collection of Italian uniforms, which offers the possibility to follow all the evolutions, from the Risorgimento to the "simplification" of the 1900 model, to the introduction of the green-grey, to the "bourgeoisisation" of the Baroque Reform, up to the battle dress of the Army of the Kingdom of the South and finally to the diagonal.