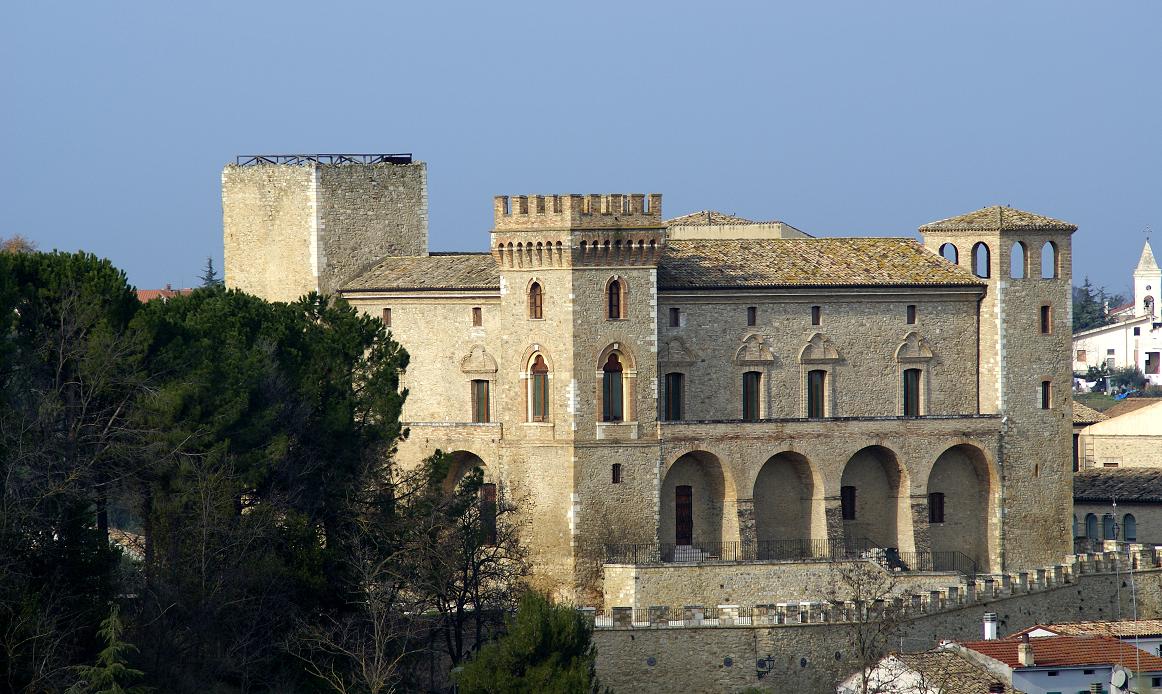 The Museo dell'Abruzzo Bizantino and Altomedievale is housed in the Ducal Castle of Crecchio. The exposition of the finds is articulated on two floors of the Castle and collects exceptional finds that have allowed to reconstruct the civilization of the Byzantine Abruzzo. Two rooms on the first floor host a permanent exhibition entitled "Etruscans in Abruzzo". On the second floor, there are numerous finds found in the excavations carried out in the territory, which have brought to light the remains of a Byzantine settlement used between the sixth and seventh centuries AD. There are also other Ostrogoths and Longobards artifacts from the Abruzzi territory, which together rebuild the life of the Byzantines in Abruzzo, the war against the Goths, the events that concerned the coastal area between the end of the sixth and the beginning of the seventh century. Of notable interest are the Etruscan finds from the collection donated in 1997 by the Family of Alberto Carlo Fraracci that cover a vast chronological horizon and illustrate the main phases of the history of southern Etruria, from the Villanovan period (IX century BC) to the Roman imperial age (2nd century AD).