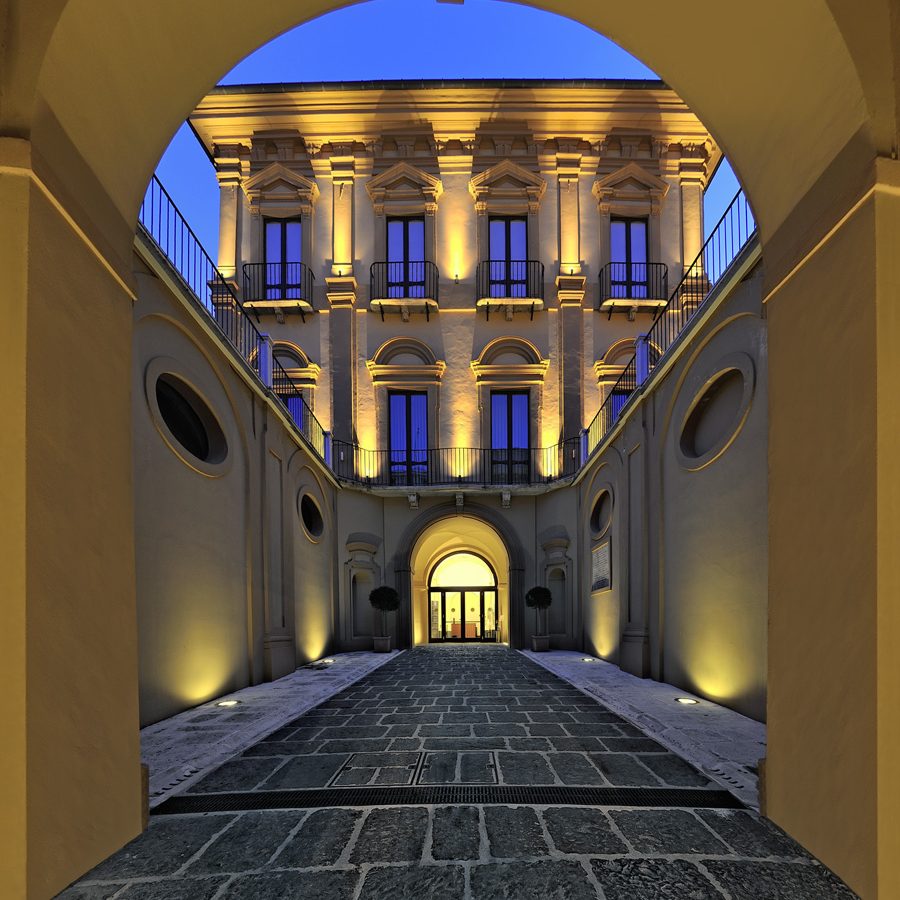 Palazzo de' Mayo is a monumental building of extraordinary value that stands in the historic center of the city of Chieti: a sixteenth- and eighteenth-century building, a splendid example of Baroque architecture in Abruzzo, with important dimensions and considerable architectural impact in the urban and artistic reality of the city.
The Palazzo de' Mayo, after a careful restoration, from June 2012 has become a cultural center of considerable importance, which houses an art museum with permanent exhibitions and temporary exhibitions. The museum exhibits three permanent collections:
In the sign of the Image with 130 paintings and sculptures by 90 artists of the twentieth century, including Ortega, Sassu, Cremonini, Bodini, Quetglas.
The silverware of Palazzo de' Mayo, consisting of 150 works of art goldsmith including the seventeenth to twentieth century.
The legacy of the Paglione couple, which contains "The Betrothed" by Aligi Sassu and "First snow" by Galliani.
In addition, there is the art collection Loichieti which collects a large number of works by artists active Abruzzo between the nineteenth and twentieth centuries. within the museum complex there is a specialized library of art history with a large section dedicated to children, an auditorium, an Italian garden and the Via Tecta - Archaeological site and speleological visitable, by appointment, every last Saturday of the month.
tel. 0871 331079
To know more
Facebook Page
Tags
Musei