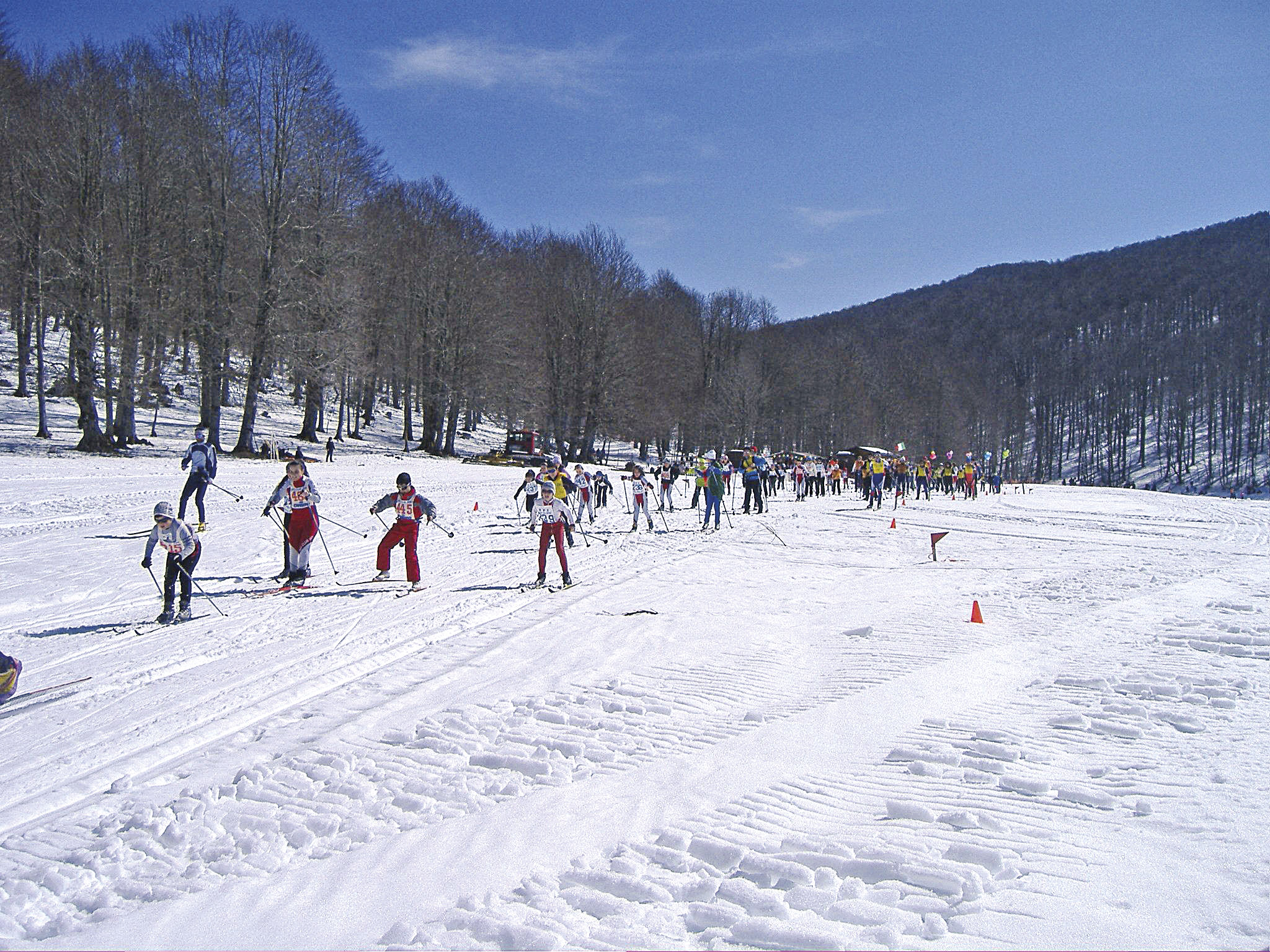 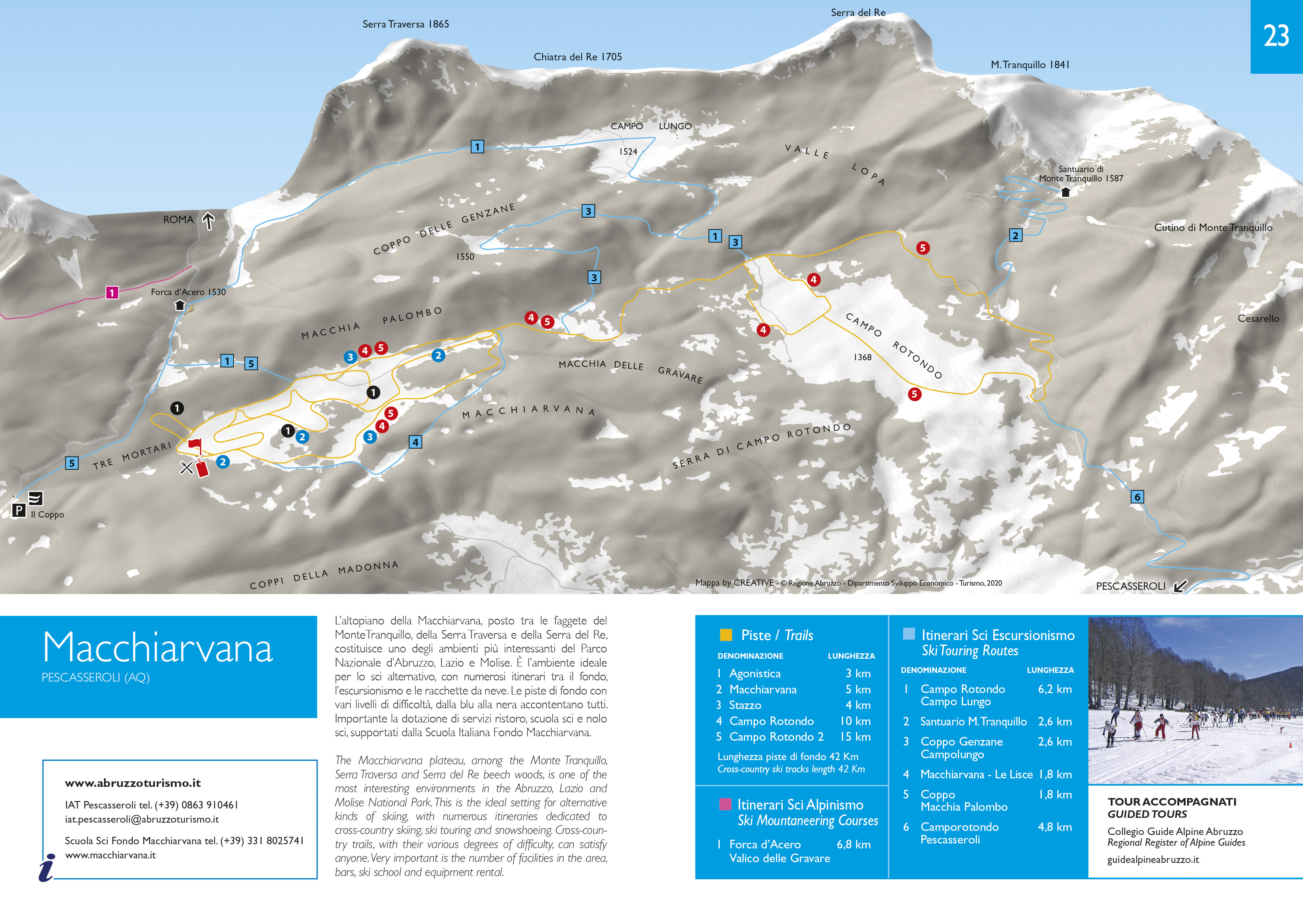 Pizzoferrato-Gamberale ski area: among the rocks and woods of the Monti Pizi, inside the Majella National Park, there are the short but interesting and scenic slopes of this small ski area, located on the border between the territories of the towns of Pizzoferrato and Gamberale, particularly interesting for cross-country skiers. Here there is a ring of about 4 km called "the Mandra, which develops at 1500 meters above sea level and is surrounded by a wonderful beech forest. The track is divided into two rings: a simple one that stretches for 1.5 km and a more 'complex of medium difficulty, 1.5 km long plus school field. The track is served by a federal master of cross-country ski schools and sports equipment rental. The departure can take place from Pizzoferrato (Valle del Sole) and from the Gamberale side in correspondence with the Provincial road.  Other solutions are for lovers of skiing and snowshoeing with some routes that depart near the cross-country trail.

Pizzoferrato is an ancient village perched at 1251 meters. It rises close to a rocky cliff, which dominates the Sangro river valley from the left. It is located on the border between the province of Chieti and the province of L'Aquila. Its territory covers 30.85 square kilometers in an area rich in scrub and bare pastures. The landscape of Pizzoferrato has the characteristics of a mountain center: reserve of oxygen and serenity; environment where flora and fauna are perfectly intact. In fact, many species of mammals and birds still live in the woods. Important is the wealth of sources such as: Fonte Maggiore, Capo Canale, La Ria, Rietta. The territory is also rich in waterways such as the Parello torrent which forms the border between Pizzoferrato and Montenerodomo and flows into the Sangro river. The Pizzoferrato base dates back to the period of the Late Cretaceous period. The village formed in the early Middle Ages, soon became a mountain community of great importance due to its inaccessible position. There are few historical records: some ruins of the fortified village and the church of San Nicola and Madonna del Girone, visible on the large cliff above the village, date back to the 10th century. In the following centuries it was assumed that the fief belonged to various families and was ultimately owned by the Monaco family. In the Valle del Sole, upstream of the village, there is a modern tourist center. In a nearby picnic area there is a beautiful overhanging wall where numerous routes for sport climbing have been equipped.