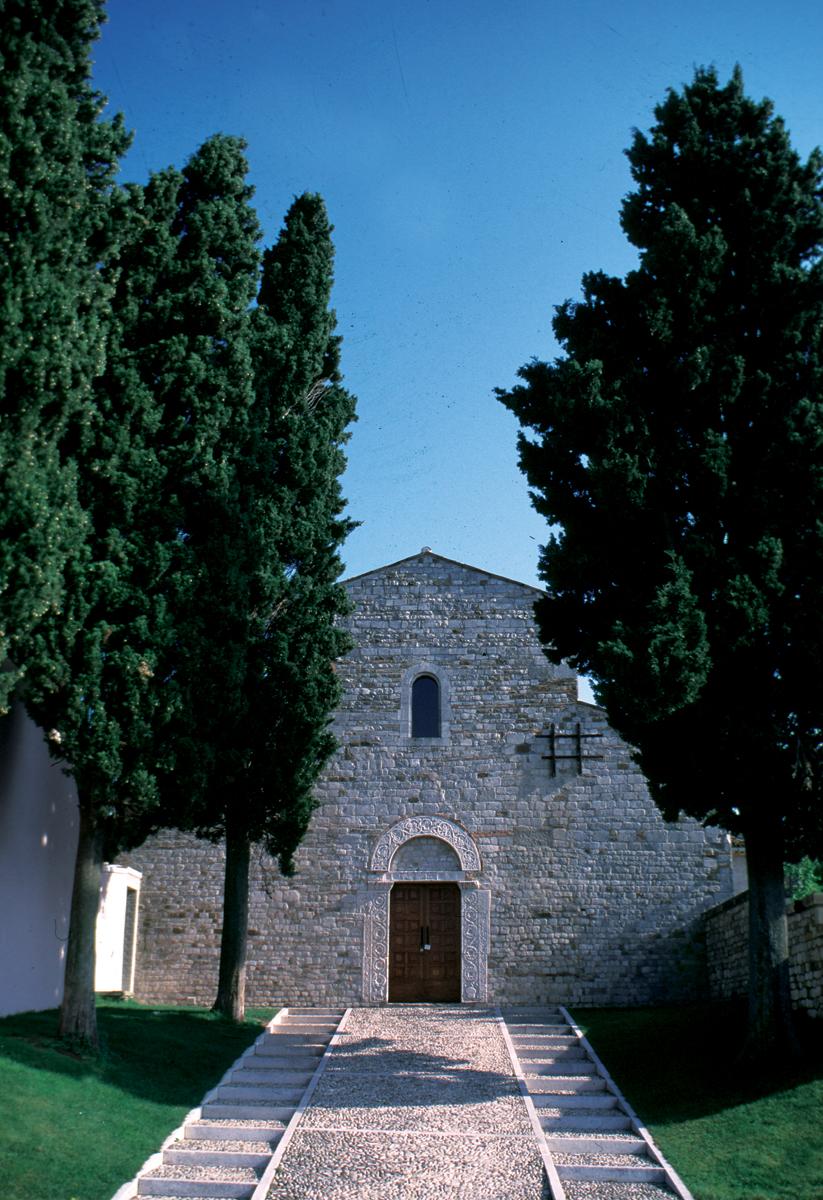 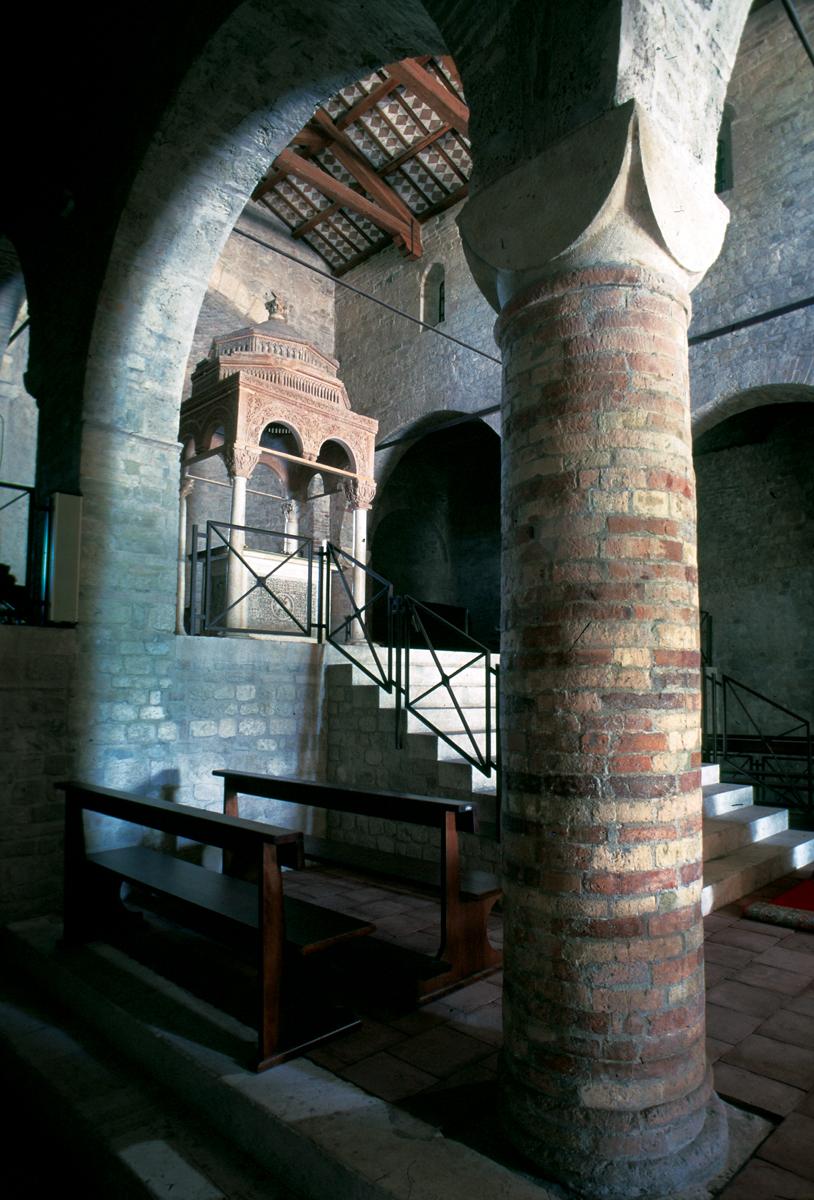 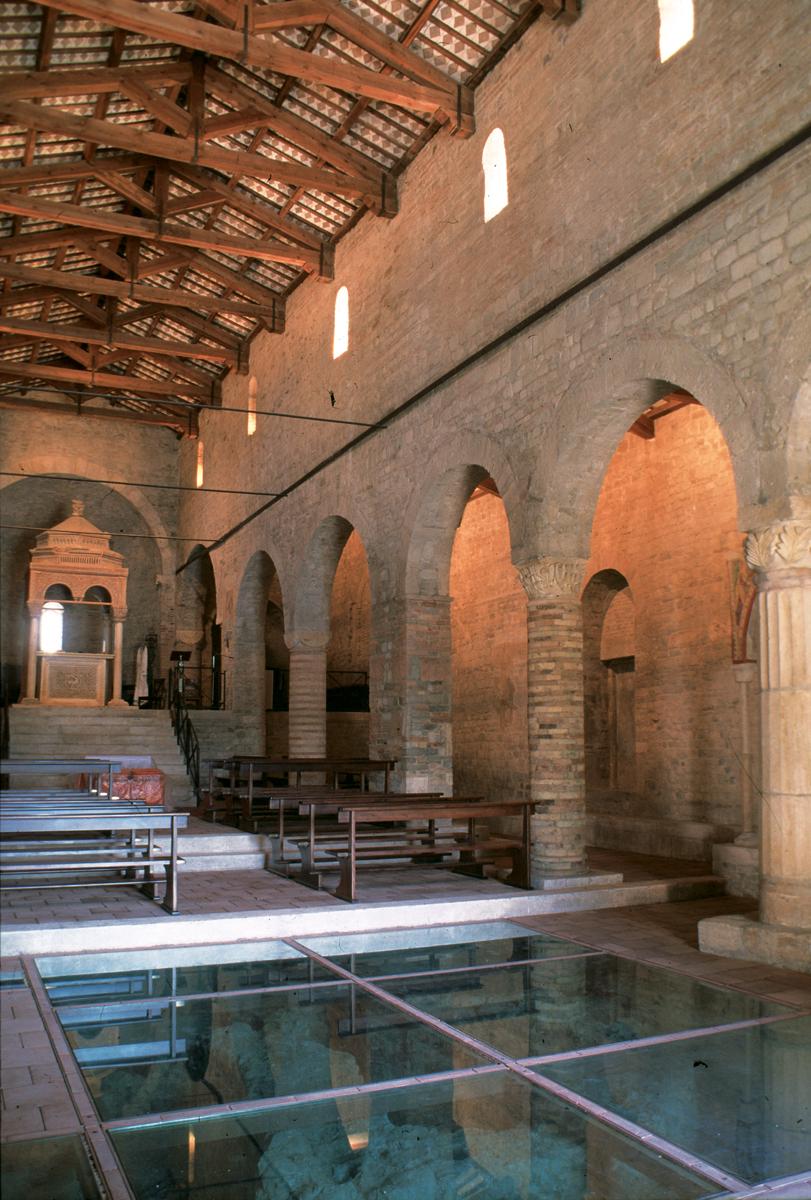 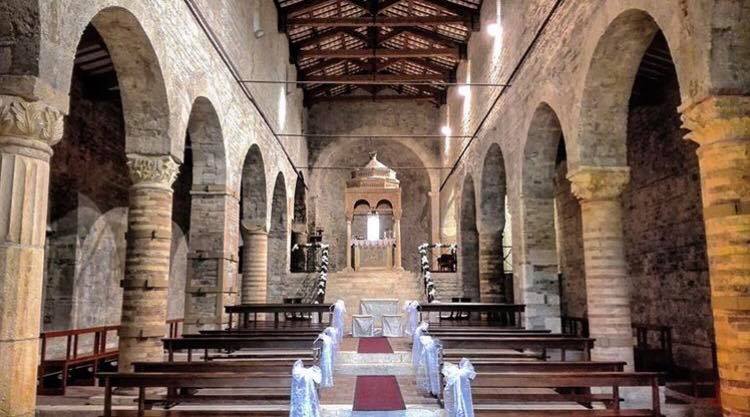 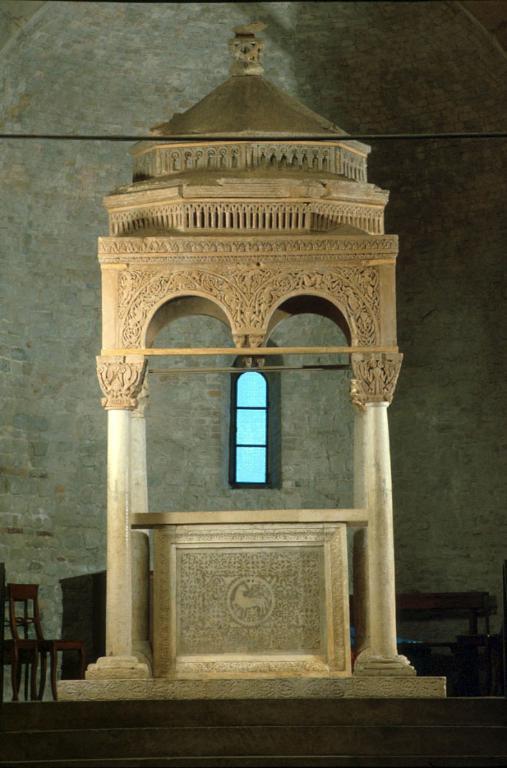 Founded in the ninth century on a slope by the right bank of the river Vomano, the church was part of a Benedictine monastery under the jurisdiction of San Clemente in Casauria and was built by order of Ermengarde, Emperor Ludwig's daughter. Thanks to a partial restoration carried out in 1926, the building appears as it looked like when it was built in the XII century. The faade made of brick and white stone blocks has in the middle a magnificent portal, whose architrave is a stone round arch, carved with spirals, inspired to classical models and dated 1108. The inside consists of a nave and two aisles concluding in apses. The central one is surmounted by a stuccoed ciborium, which is most likely the most ancient in the Abruzzi, carved by the sculptor Ruggero di Roberto in the mid twelfth century. Below it there is an altar, whose antepedium is a precious mosaic of marble and terracotta tesserae.