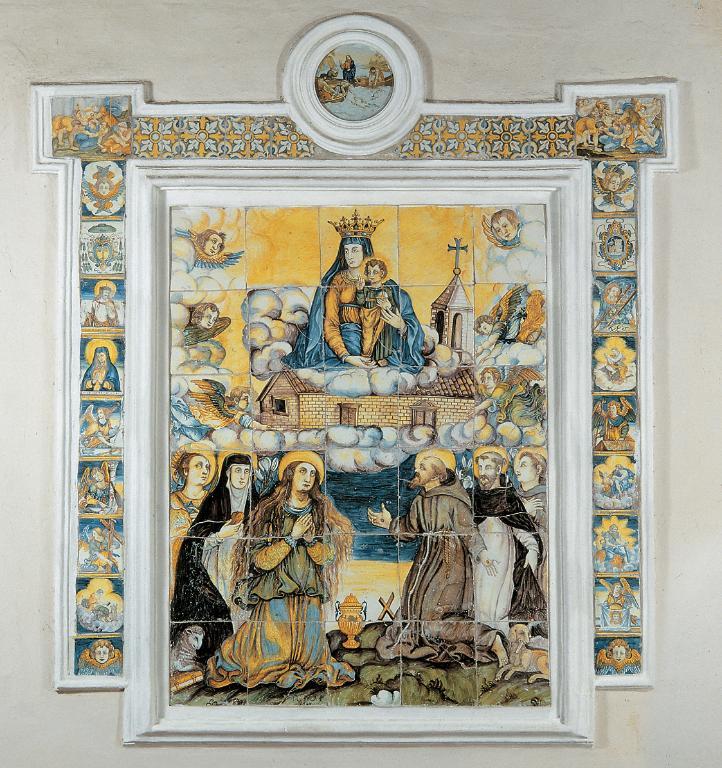 The church rises on the main square of the town and was built at the end of the sixteenth century (the portal is dated 1601), reusing parts (the entrance staircase, two columns and a stone pulpit) of the ancient Benedictine San Salvatore's Abbey, situated in the surroundings of Castelli. On the faade it is possible to see a stone tile representing a griffin, the only extant part of the pulpit, which was originally located before the faade and then removed and took to pieces and set inside the church. It is carved with images of the evangelists and their symbols. On the two sides of the church there are two niches, which used to contain stone statues recently stolen. According to a few scholars, also the little stone head walled on the faade comes from the Benedictine monastery. Inside the church is divided in a nave and two aisles by massive brick pillars. Besides contemporary art works, such as the beautiful bronze Madonna carried out by Ricci, or a suggestive ceramic crucifix, the church houses masterpieces of the local majolica tradition, such the ceramic altar-piece portraying the translation to Loreto of the Holy House, dated to 1647 and attributed most likely to Francesco Grue, founder of one of the most renowned dynasties of majolica painters. On the opposite wall, a sixteenth century canvas representing Saint Matthew's martyrdom is framed by majolica tiles representing saints and patriarchs. Next to it a niche in the wall contains one of the most precious pieces of the church, a twelfth-century wooden Madonna  coming from San Salvatore's Abbey.