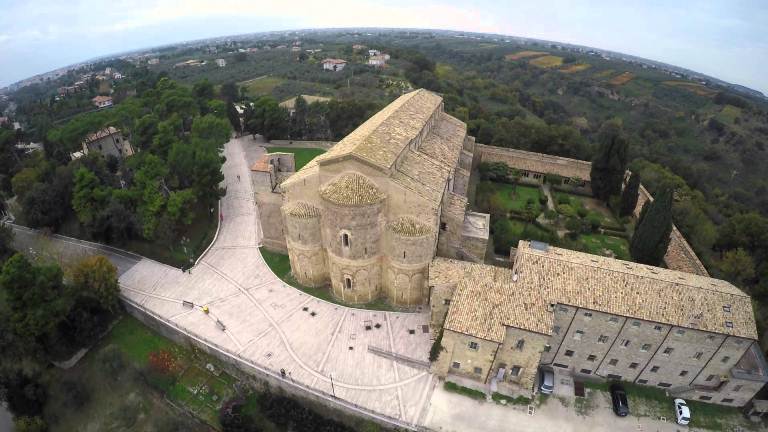 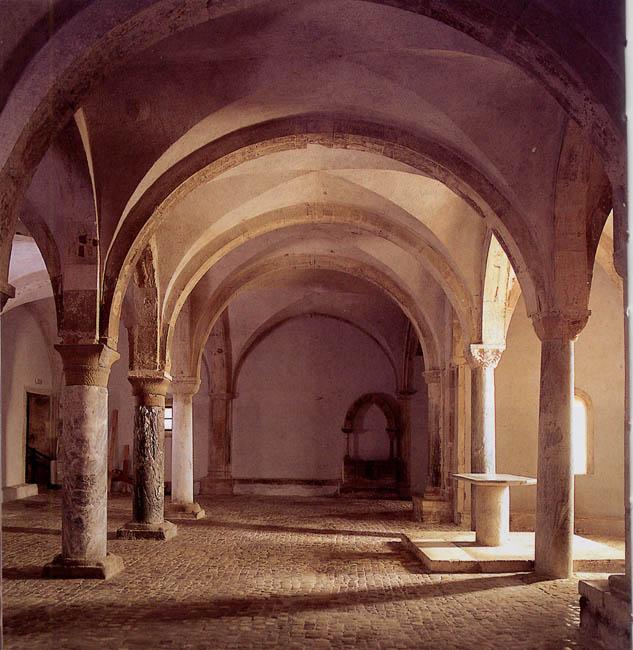 San Giovanni in Venere Abbey, founded on the ruins of a Roman temple consecrated to Venus, was re-built with the addition of a monastery in1050 by order of Trasmondo I. The abbot Oderisio II gave it its present aspect in 1165 and provided it with a magnificent portal on the eastern side decorated with precious bas-reliefs. The church plan consists of a nave and two aisles with apses and a raised presbytery. Below it there is the crypt: two aisles with five cross-spans and frescoed apses. The suggestive cloister is the result of various rebuilds that followed to one another in the centuries. The bas-reliefs of the side pillars are arranged in four big panels on two levels and illustrate Saint John the Baptist's life from his childhood to his adult age.