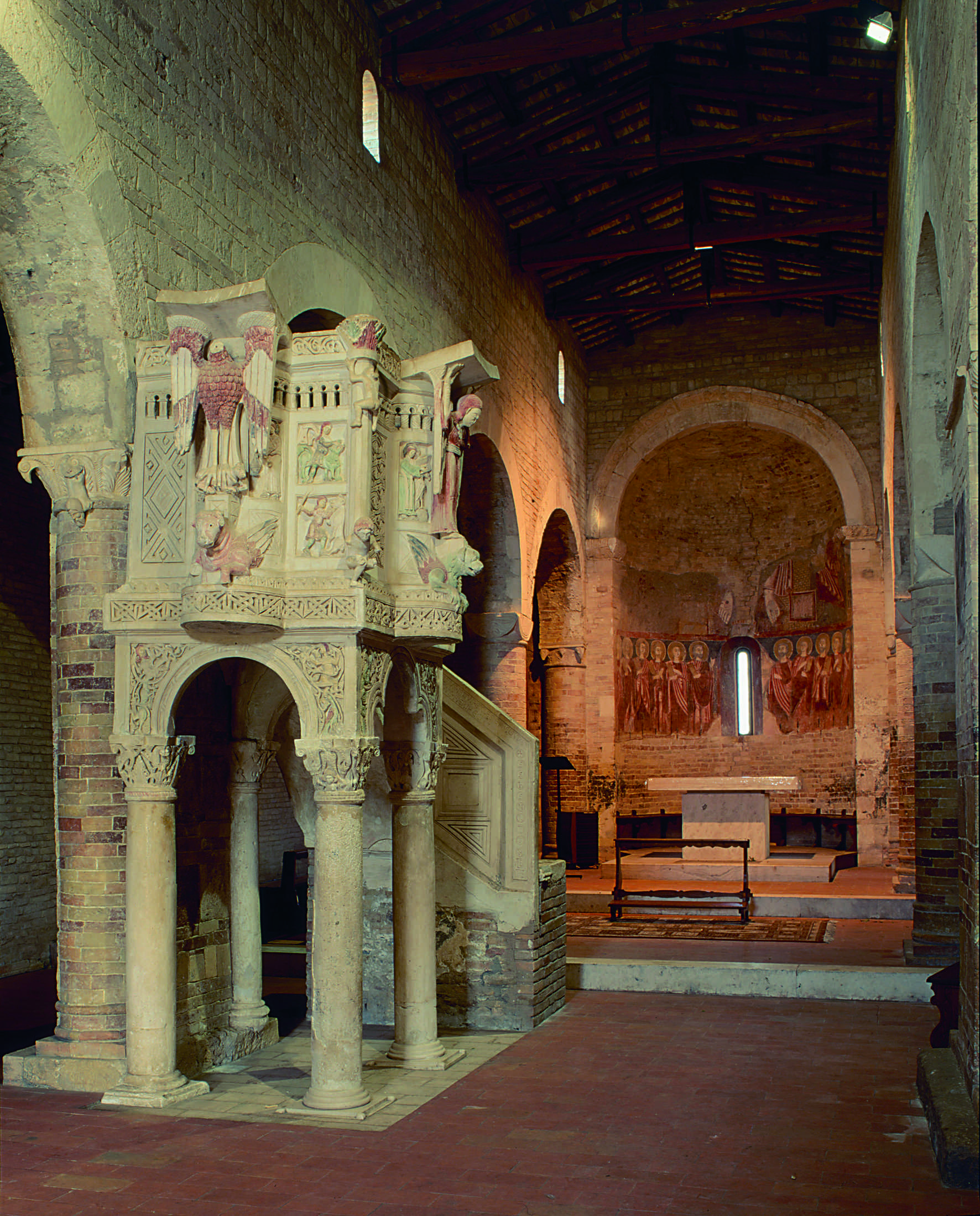 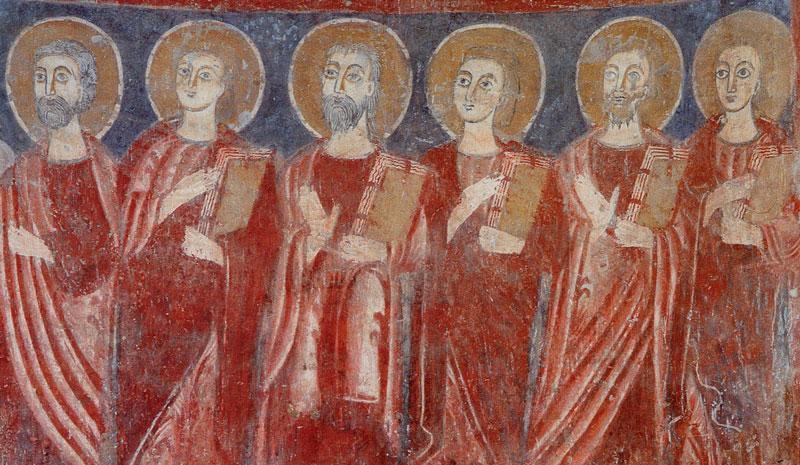 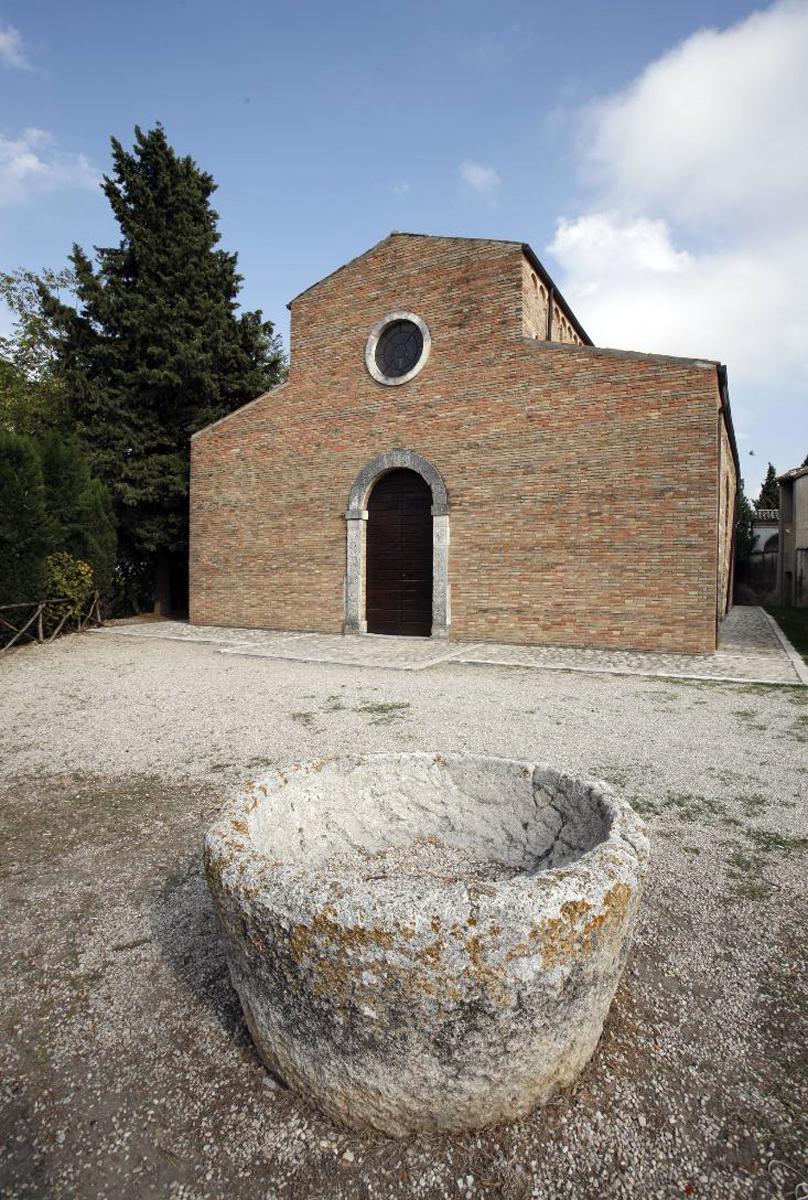 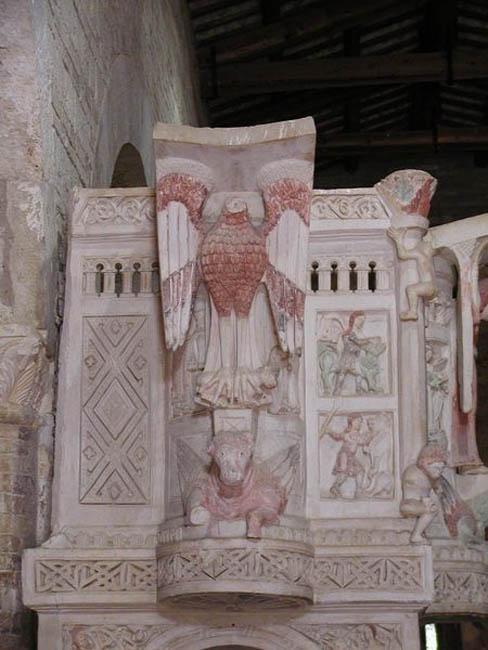 The Romanic church of Santa Maria del Lago (Holy Mary of Lake), built probably over Roman ruins, rises outside Moscufo, and is the only extant part of a twelfth-century abbey.

Its plain brick facade has an eleventh-century roundhead portal, whose extremely simple structure is adorned with bunches of grapes and clusters of flowers. On the back, three apses exhibit mullioned windows decorated with spiral. The basilica, divided by pillars and arches in a nave and two aisles, preserves a pulpit supported by four columns on arcades, which the abbot Rainaldo di Nicodemo from Guardiagrele carried out in 1159. The precious stucco-works, remarkable for sparkle and dynamism, have traces of the original polychromy and bring to mind the pulpit of Cugnoli. The central apse shows traces of frescoes representing Jesus Christ and a procession of saints.