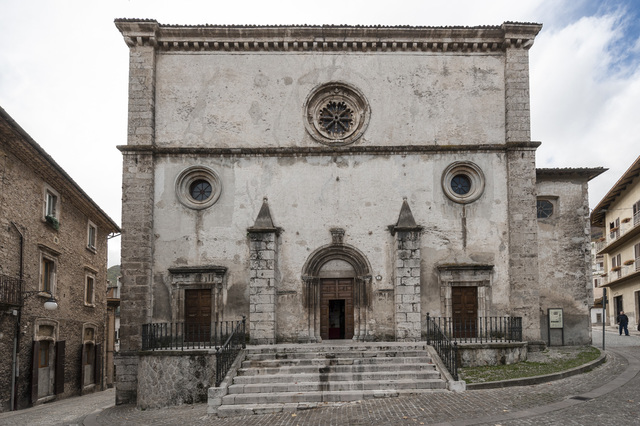 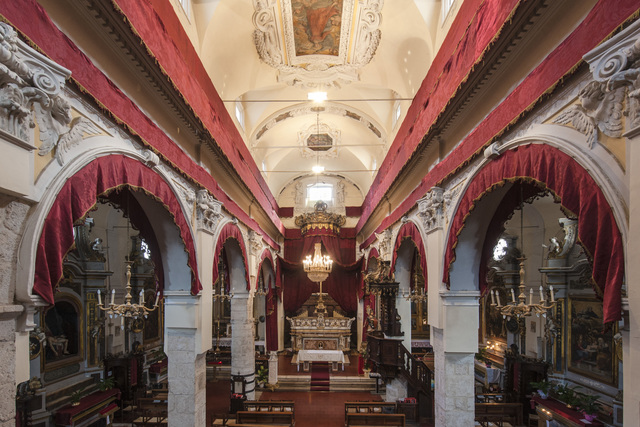 This church is named from Carapale Valley where it was built. There are only scarce evidences about the early times of its existence: the first attestation dates back to 1568, when it was declared a parish church and painted with Renaissance frescoes.

Approximately one century later, in the Baroque age, important stucco-decorations were added and the side altars, built against the pillars, were destroyed.
The rectangular faade has a projecting cornice in the middle, over which there is the rose-window, and a cornice with fillets at the top. The Burgundian portal, dated between the XII and the XIII century, is particularly remarkable, as well as the spired belfry, which rises upon the apse.
The plan of the church consists of a nave and two aisles, covered with barrel vaults and divided by round arches. The lifted presbytery concludes with a semicircular apse surmounted by a hemispheric frescoed vault.
Among the most precious works there are the Renaissance frescoes discovered in the course of a restoration in 1990, the choir, the pulpit and the baptismal font, carried out by the wood-carver Francesco Mosca, the high altar made by marble-carvers from Pescocostanzo and the Madonna of the Rosary (1604).