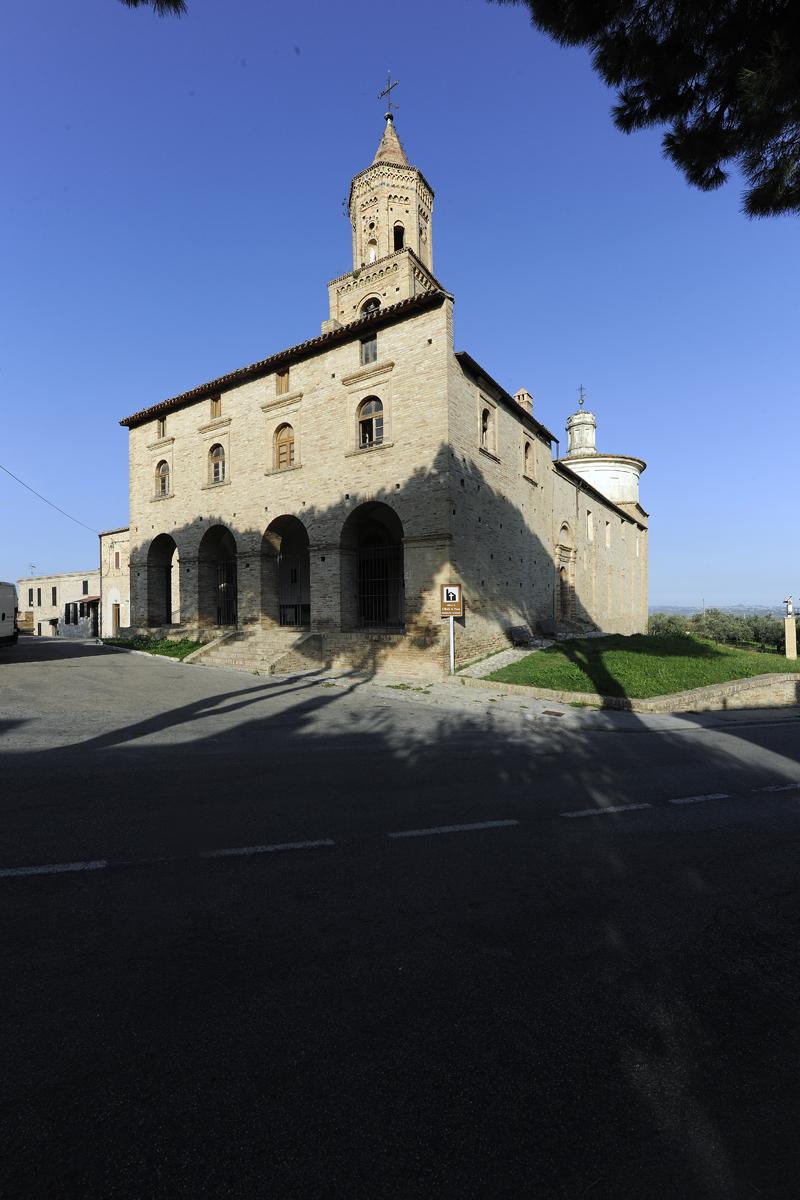 The existence of the monastery, supported by documentary evidence since the eleventh century, is attested as from1091, when the Abbey of San Vincenzo al Volturno donated it to the church of Saint Peter of Loreto. The dispute about its property continued in the following centuries, and finally in the fifteenth century the monastery was declared under the authority of Saint Peter; in the same period Queen Giovanna of Naples instituted a fair which had to take place in the square in front of the church. The bell-tower was embellished in the fifteenth century with an octagonal spire of the typology which Antonio da Lodi brought to the Abruzzi. In the same period the gothic portal was adjusted as well. The entrance arcade (which the restoration carried out in 1955 radically modified) goes back to the sixteenth century, while the cupola above the apse was added in the seventeenth century. As for the rest, the church keeps traces of its rebuilding in 1280, when the monastery was joined to the Cistercian church of Casanova.
The single-nave plan shows the sequence of transversal arcades that is typical of the Cistercian scheme. Several frescoes decorate the walls; the largest and most impressive one represents the Judgment of souls (first half of the fifteenth century). It is remarkable for a few interesting details, such as the renowned "bridge of the hair", a thin bridge which the souls have to cross to reach the Paradise after an angel has clothed them.