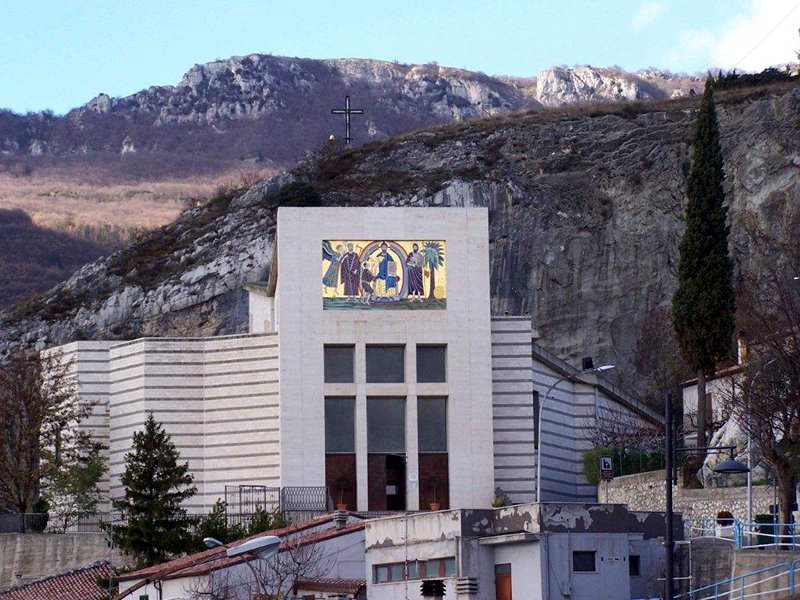 On the slopes of Mount Picca there is the charming village of Pescosansonesco, where the Sanctuary dedicated to the Blessed Nunzio was built, a boy born of a humble family in 1817; Being an orphan, he was raised by his grandmother, then by an uncle, despite being well built, led him to the hard work as a blacksmith. Because of the privations and ill-treatment, the boy, injured in an ankle, became ill with bone decay and soon an incurable wound covered his foot. It is said that Nunzio went to wash the wound at the fountain of Riparossa, with the disapproval of the villagers who chased him out in fear of the water getting contaminated. Finally welcomed by another uncle in Naples, he was cured but had to endure atrocious physical suffering. The Neapolitans, among whom the voice of the Christian resignation with which the young man accepted the disease and of his profound devotion to Our Lady, already at his death on May 5, 1836, considered him holy. Even before the Church declared him venerable in 1963, Pescosansonesco had erected a sanctuary near the miraculous source of Riparossa to preserve the relics. The Blessed Nunzio Sulprizio is considered the protector of the disabled and the victims of labour and his sanctuary is among the most famous and popular in the Pescara valley.