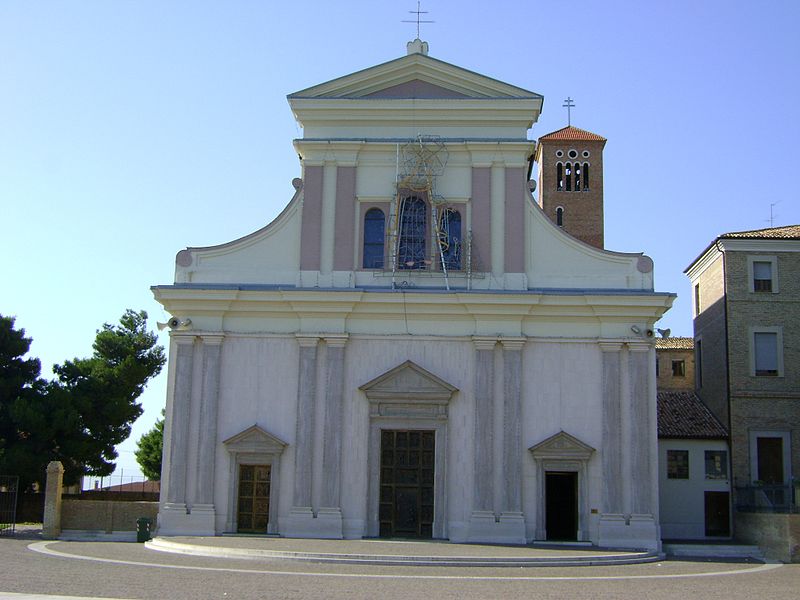 The Sanctuary stands on the site of the miraculous apparition of the Virgin. Legend has it that on 11 June 1576 a farmer from Pollutri, reciting the rosary, went to his camp to see the damage of a violent hailstorm. Hearing the sound of the bell announcing Mass, he knelt to pray.
At that point near the oak grove appeared the Madonna, who revealed to him that the storm had spared his camp and invited him to induce his countrymen to respect the holiday rest. In memory of the event, a small chapel was erected over the centuries, up to the current sanctuary consecrated in 1962. The Renaissance-style façade has three portals; the interior, with a Latin cross, has three naves. On the main altar is placed the authentic effigy painted immediately after the apparition, while the crypt leads to the place of appearance. To visit also the Stipe Votiva where the faithful, to implore or thank the Madonna, leave their ex-voto and the small diocesan museum. The Monastery is annexed by an important Monastic Library that houses about 70,000 works concerning mostly religious disciplines, including precious ancient volumes of which numerous manuscripts, four incunabula, 421 cinquecentine, 614 Seicentine and over 3,000 works of the eighteenth century. Every year on 11 June the pilgrims come from all over the Abruzzo region and from outside the region, to participate with devotion to the Mass and the procession.

To find out more: www.miracoli.abruzzo.it