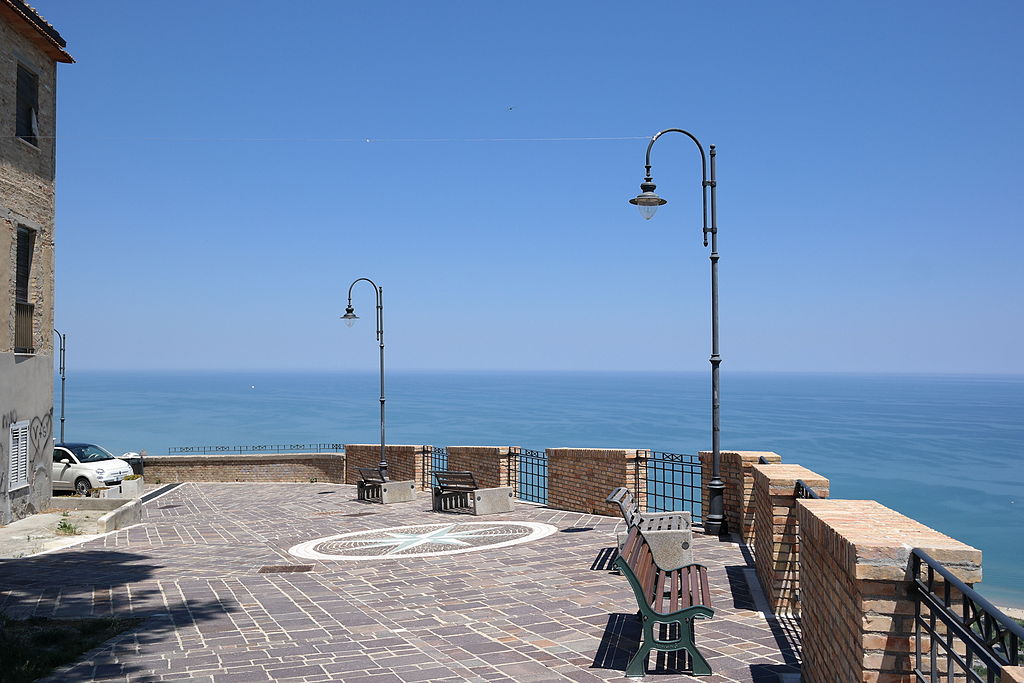 Where is: it is the most southerly seaside resort of Teramo coast, just a few kilometers from the border with Pescara province. It can be reached by the highway A14 in close proximity of the exit Pescara Nord/Città S.Angelo and headed toward North along the Main Road 16.

Why visit it: it is known as the “Adriatic Pearl”. Just like other seaside resorts of Teramo coast it affords a sandy and shallow waters sea, especially suitable for a family and child-friendly tourism. Close to the large and equipped beaches, the sweet roundness of Teramo hills they welcome the Medieval village of Silvi Alta. Supported by round-arched walls, it has kept in large part its original urban structure. From its wonderful viewpoint you can enjoy a unique view able to range from the Gran Sasso d’Italia peaks to the Conero promontory of nearby Marche region, up to the skyline of Tremiti Islands.

What to eat: similar to other seaside resorts, a lot of Adriatic seafood dishes specialty are spread, from fish soups to fried fish, without neglecting other earthbound dishes of Teramo cuisine, like scrippelle ‘mbusse, some stuffed crepes with grated cheese covered with broth, or mugnaia pasta. In nearby Atri you can taste the famous pecorino cheese obtained from raw whole milk with lamb rennet or let yourself be tempted by several products with a base of licorice, a plant historically grown in all over Cerrano lands. Delicious it is the Pan Ducale, a typical local dessert whose recipe dates back to 1300, made with a mixture of eggs, flour and almonds and it is stuffed with dark chocolate.

It is part of: Italian Authentic Villages – Blue Flag 2019 – Green Flag 2020 of Italian pediatricians like a child-friendly beach – Yellow Flag 2020 Fiab (Italian Federation Environment and Bike) as a cycle municipality.

Learn more about it: http://www.comune.silvi.te.it