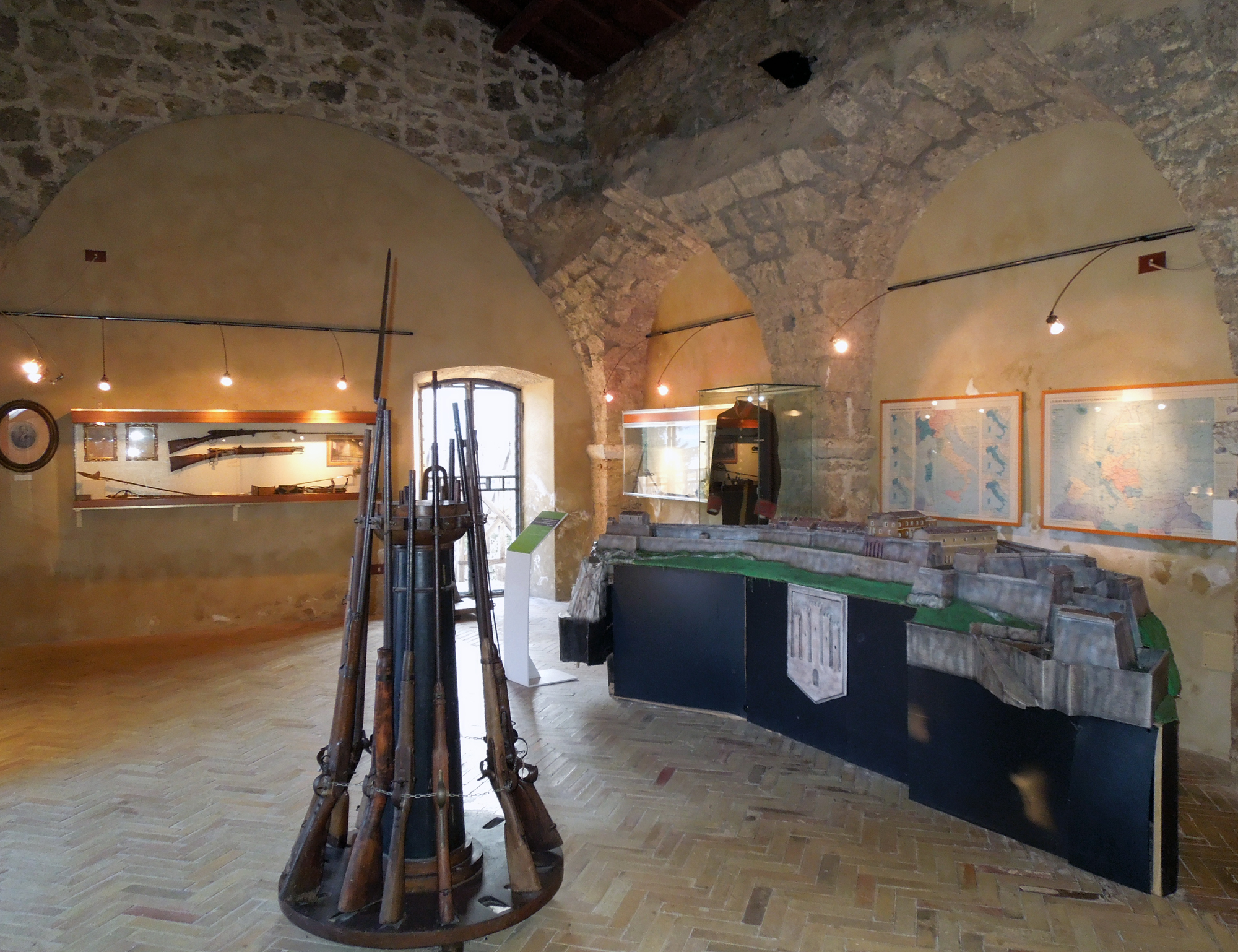 Even though they are closed to the public until next April 3rd in accordance with Government Decree of last March 8th, you can enjoy many beauties inside of several regional museums, thanks to virtual and interactive tours in which you can dive being comfortably sit on your home couch. Waiting for being physically pervaded by the brightness of authentic art masterpieces of Abruzzo – some of which replicated using 3D technologies on the Museum Complex of Abruzzo web site www.musei.abruzzo.beniculturali.it – below we show you several equipped facilities for online visit with its link to further information.

National Museum of Abruzzo (MuNDA) – L’Aquila
Fitted out inside the sixteenth-century city Castle until the earthquake of 2009, it is currently hosted on an interim basis in the renovated spaces of a former town slaughter house, close to the wonderful Fountain of 99 spouts, into the historical Borgo Rivera. Located on five rooms (A,B,C,D,E), this collection hosts about sixty archaeological remains and 112 among paintings, sculptures and jewelries, from Middle Age to Modern Age. Among treasures kept there’s an excellent set of Virgins (icons painted and wooden sculptures); there are some gold-plated pictures among which the famous Beffi’s Triptych (1410 – 1415), attributed to Leonardo di Sabino from Teramo; there are some paintings and sculptures by Saturnino Gatti and some original paintings by important masters of Neapolitan 17th century.
The virtual visit is accessible from here:
https://www.archimetria.it/vt/mobile/Munda_2018/output/index.html

National Archaeological Museum of Abruzzo Villa Frigerj – Chieti
It is located inside an elegant neoclassical villa – known by citizens as Municipal Villa – designed by the Neapolitan architect Errico Riccio in 1830 for want of the baron Ferrante Frigerj. Inside of it there’s the most important archaeological collection of Abruzzo, with many remains dated between the protohistoric age and the early middle age, especially recovered in necropolis and in dislocated sanctuaries along the regional land. On the ground-floor, as well as a remarkable Roman statuary exhibition, you can admire the famous Warrior of Capestrano – an artistic masterpiece of the VI century B.C. – in the setup edited by the artist Mimmo Paladino. The offer is completed with a rich numismatic section and with a specialized library containing about 13.000 books.
The virtual visit is accessible from here:
https://www.archimetria.it/vt/mobile/Manda_2018/output/index.html

Gabriele D’Annunzio birthplace Museum – Pescara
It faces the historic old town promenade, formerly enclosed within a military fortress now totally demolished no longer visible except few remains of bastions. Became national monument in 1927, in this house the poet from Pescara spent his childhood. The five rooms on the first floor introduce the visitor in the 19th century house atmosphere with its furnishings, its ornaments and its antique pictures. Between the most distinctive spaces we find the wardrobe, with his red coat put on for hunting or for horse racing, and some fancy golden sandals, as well as the spectacular preparation of his face and his hand casts realized on his corpse just after his death by his friend sculptor Arrigo Minerbi. You can’t miss several precious first edition of his pieces and the room of the poet-soldier with the exhibition of General uniforms, war stuff, picture and illustrative panels of his war ventures.
The virtual visit is accessible from here:
https://www.archimetria.it/vt/mobile/Museodannunzio_2018/output/index.html

Weapons Museum and Fortress – Civitella del Tronto (TE)
Extreme defensive bulwark of the Bourbon kingdom, it represents one of the most important pieces of the European military engineering, characterized by an elliptical shape with an area of about 25.000 sqm and over 500 meters in length. Here you can enjoy a wonderful circular landscape between Abruzzo and the nearby Marche, the visit is spread through three covered walkways, wide parade grounds, tanks (one of which can be visited), long wall walkways, remains of the Palazzo del Governatore, Saint Giacomo Church and soldier’s barrack. Inside of it, set up on four rooms, it houses the Weapons Museum, which houses old maps related to Civitella del Tronto history and it houses classic weapons too, among which you can find some XV century fuse muskets, some flint guns, a Napoleonic field gun and other small navy cannons called “falconetti.
The virtual visit is accessible from here:
http://www.fortezzadicivitella.it/fortezzavt/